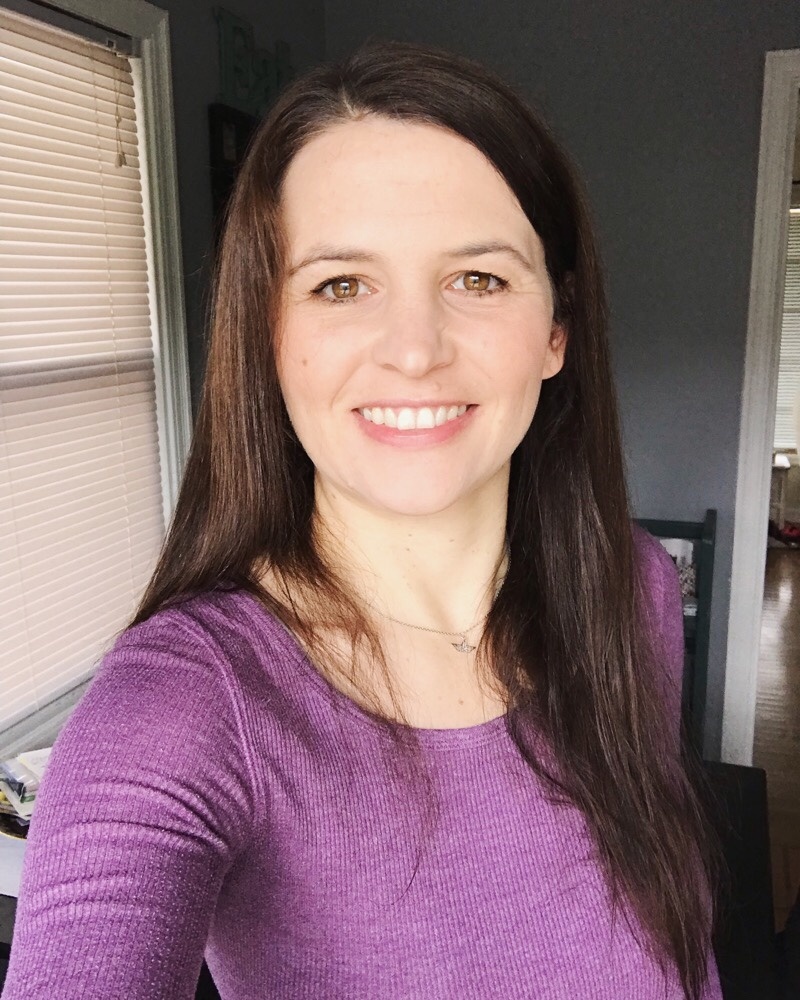 As previously mentioned, Sunday was my birthday.

I don’t know in which camp you fall, if you dread getting older or if you embrace and celebrate it. I belong to the latter. I think every day is a gift, getting older is a privilege, and we should make the best of each and single day we’re given.

I started off my 43rd birthday with a 4.3 mile run in the morning. I’ve taken up the habit of going for a run on my birthday, the mileage appropriately “reflecting” my age (I don’t know how long I’ll be able to keep this up, or if I have to come up with a different scenario eventually, but for now, it works.)

In recent years, I’ve subscribed to the belief: if  you wake up on your birthday and you’re feeling good and don’t have any aches and pains, count yourself lucky and head out and get some exercise and fresh air!

Especially if, after quite a bit of rain lately, the sun is peaking out behind some fluffy clouds and I can see blue skies! What better way to start the day than heading out for a run? 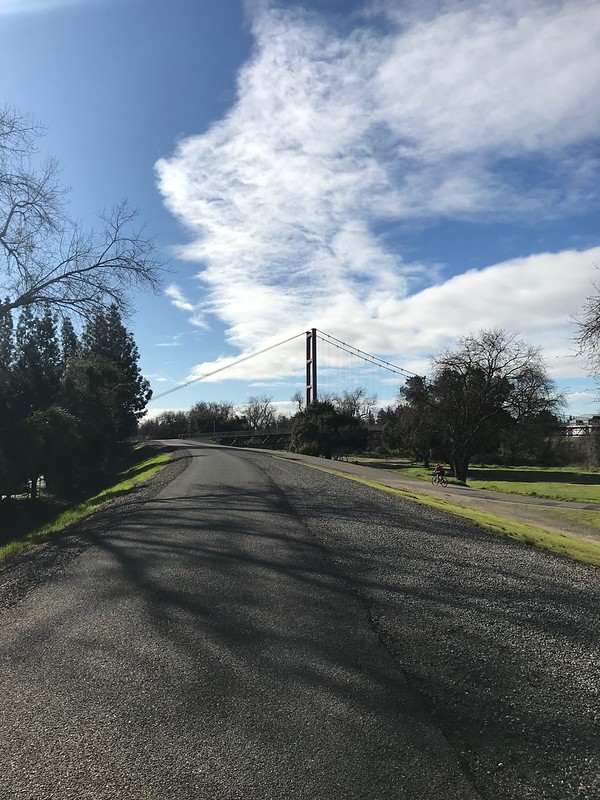 And yes, this will inevitabely put a big smile on your face for the rest of the day (and who wouldn’t want that?). 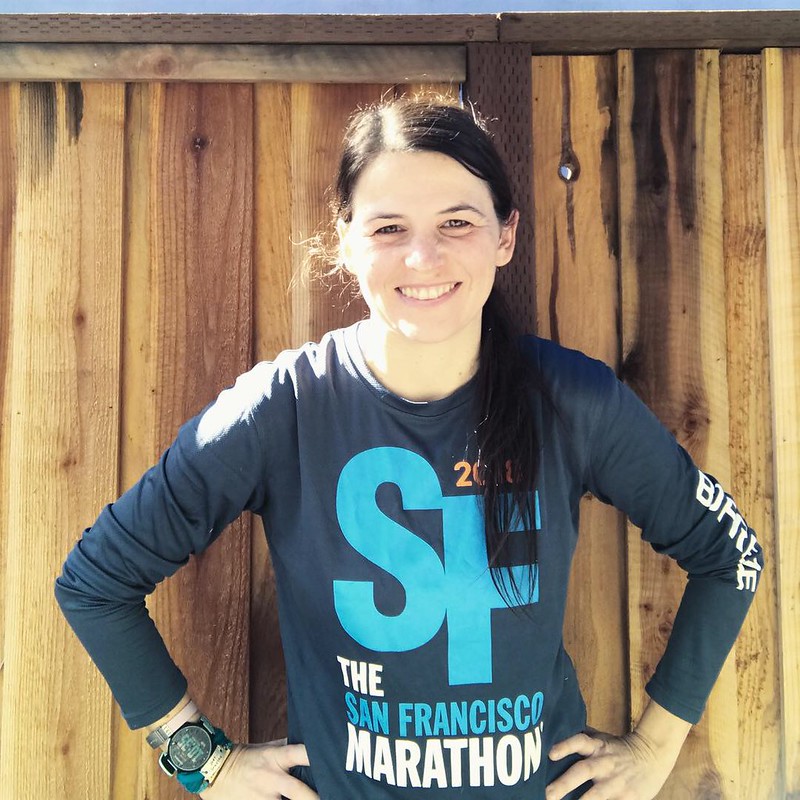 My pace wasn’t too shabby either. Little birthday present for myself, eh? 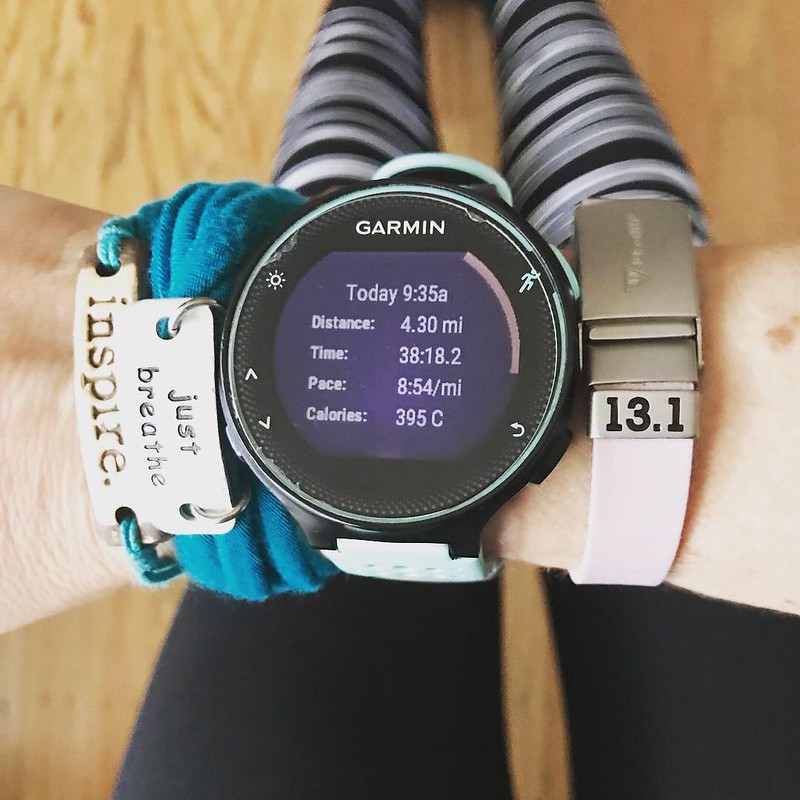 After a FaceTime session with my twin sister and family back home, I was ready for a hot shower, coffee and birthday (marble) cake. 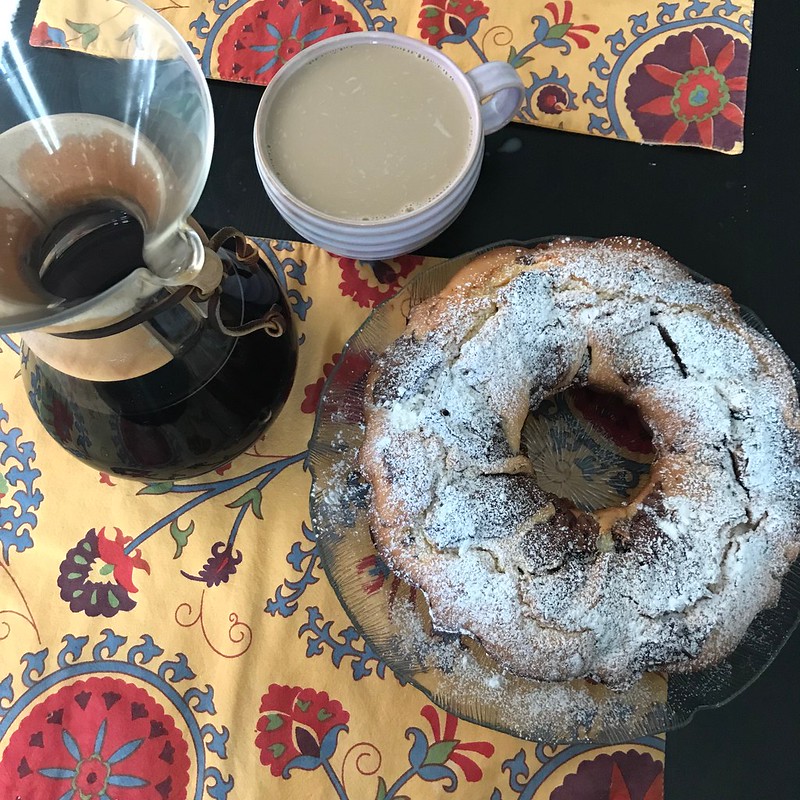 The highlight of my birthday happened in the afternoon. J said that had a surprise for me. Well, I honestly knew beforehand what the surprise was, but it didn’t diminish it in any way.

I didn’t have a bike for years. In fact, I hadn’t owned a bike since we lived in Davis (“the bicycle capital of the world”, or maybe the US, at least), which was back in 2005, but you must know that I had wanted a bike for a long, long time.  Back when I lived in Germany, I did everything with my bike. It’s practically mandatory to own a bike in Germany (just kidding).

Anyway, this had been a long time coming.

We had talked about getting me a bike as soon as we started thinking about selling our house and moving to a neighborhood closer to my work. It would be safer for me to ride a bike there, also easier because of the shorter commute, and J could have the car available more often. Basically, a win-win situation.

I assumed we would just go to a couple of bike shops and look around. I hadn’t really made up my mind what kind of bike I wanted. Maybe a cruiser, like I had in Davis, but cruisers, more often than not, don’t have gears and have to be upgraded with fenders, lights, reflectors, etc..

Since I wanted to commute with the bike, I needed it to be “street ready”. I thought we would look around what was available and then think about what makes the most sense, but J was more determined. He wanted me to go home with a bike.

Well, and what do you do when you walk into the bike shop and there it is: YOUR bike. A “City Bike” in black with teal accents, equipped with 8 gears, dynamo-powered lights, fenders, front and rear racks, a bell and a frame lock.

It basically had my name written all over it.

I took the bike for a quick spin around the parking lot and when I came back and saw J’s big smile on his face, I knew “this is the ONE!”. Isn’t she pretty? 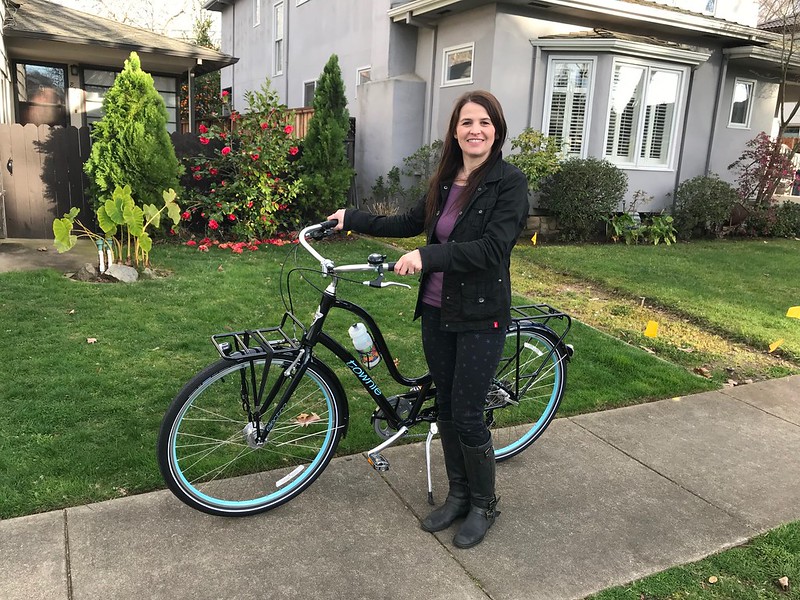 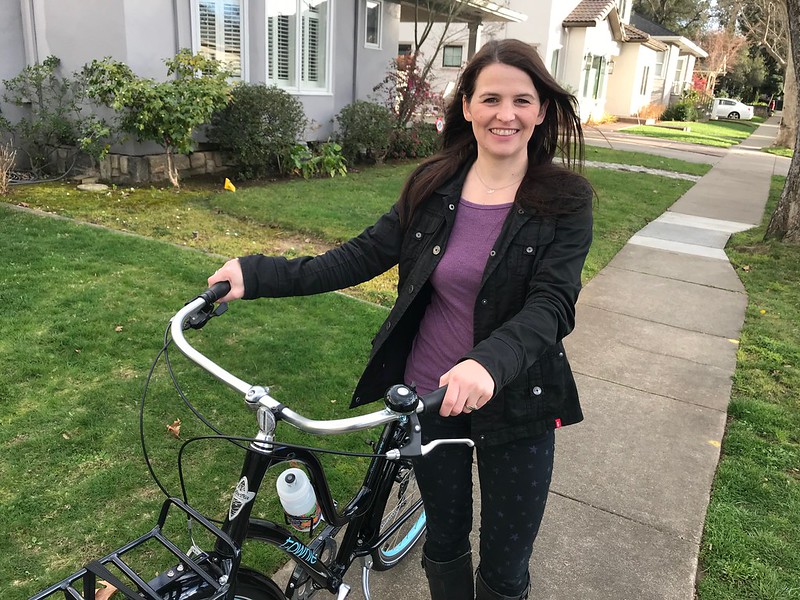 I am so, so excited to finally own a bike again! It’s going to be a great summer, riding my bike to work, along the river, and to the Farmers Market. (Now, if I can convince J to get a bike, too, everything would be perfect.)

For dinner, we went out to “Ernesto’s Mexican Restaurant” because I had a craving for nachos. It was a huge plate with asada  bites and lots of cheese and jalapeños and it was delicious!

And just like that, my birthday was just about over again, but I had a really, really fantastic day! 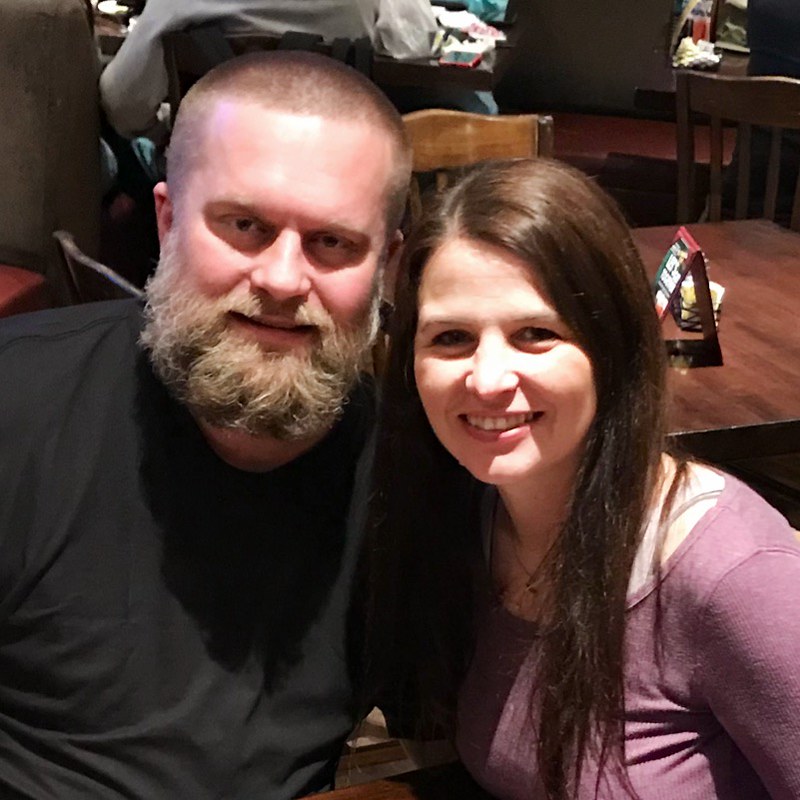 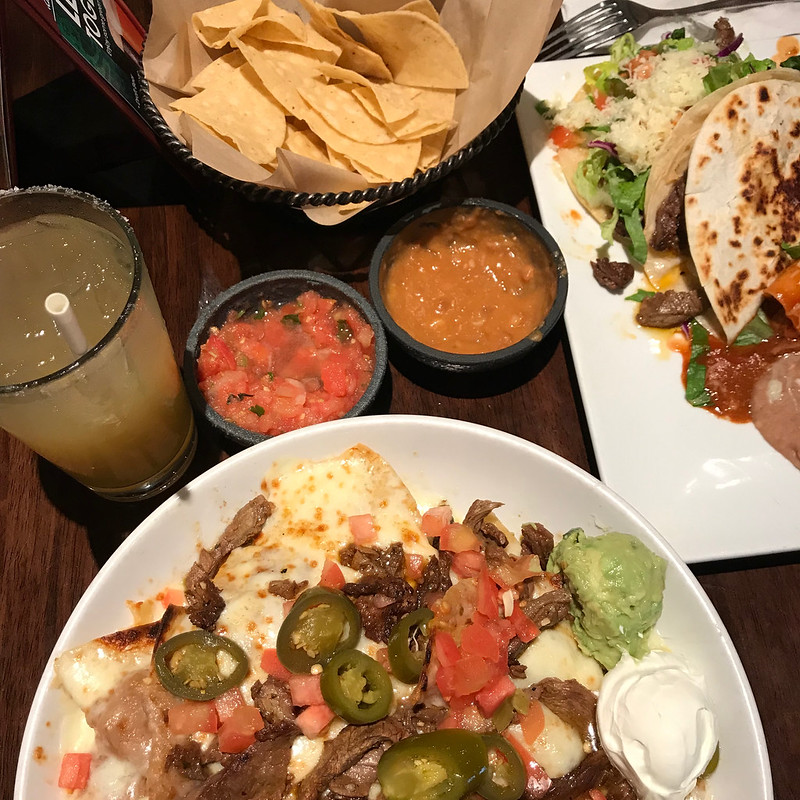 Do you own a bike? What’s one of the most exciting birthday presents you’ve gotten in the past?