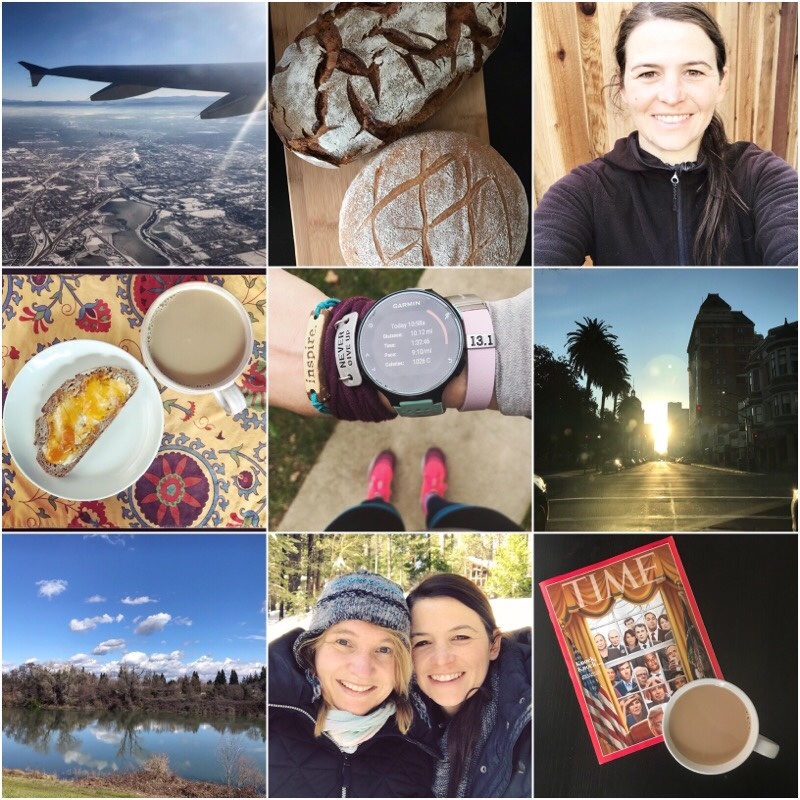 This month was slow going. I only finished one book, This might be the place. Woomp. Hoping to pick up my reading pace again in March.

I found this Chimichurri beef and rice dish online and loosely followed it but substituted the ground beef with steak. It was delicious, fast and so satisfying. You need to try this.

Gasp. I know. You all have probably finished that show a long time ago (twice over), and to my defense, I was totally on track to finish it myself, before I fell off the bandwagon, as things go.

As I mentioned, I don’t watch that much TV (except for news), so it’s hard for me to find the time to keep up with shows, even if I love them, even if I am invested in the characters. But I watched an episode (or two) this month and I am determined to keep going until I finish it, damn it.

I took J’s advice and just “put on a movie” one Saturday night and randomly landed on this 2009 movie with Hugh Grant and Sarah Jessica Parker. Actually quite entertaining and just what I needed. Have you seen it?

I am usually not a huge fan of animated movies, but I’ve come to appreciate some of the ‘adult’ wit and humor in some of them. It’s just nice to put one of these on in the background and get an occasional laugh out of it.

I also watched the Oscars last weekend (did you?). I was a little underwhelmed, some of the big actors/actresses were MIA and since I haven’t seen any of the movies that were nominated, I didn’t have any stakes in the game.

I’ve been listening to “Pod Save America“ and also downloaded a few episodes of “This American Life“, which I’ve enjoyed on and off in the past.

Well, what did I buy this month? Not much. I bought a new screen protector for my phone, because mine cracked (but luckily protected the phone screen, as it was supposed to).

We also finally had to replace the filters in our Berkey water filter (after 3+ years! This is consistent with what they advertise) and they’re not cheap, but I gladly spend that money for years of clean, filtered water!

I ran 53 miles in February and I’ve seen a bit of an improvement of my paces, which is really cool to see. Sometimes it seems like progress takes forever, but discipline and consistency usually pays off.  I took 204,769 steps, which is an average of 7, 313 per day. That’s better than last month. I’ll take it!

+ I finally went back to work on January, 28 because the president caved to Nancy.

+ I went to a workshop in Denver for a week at the beginning of the month and it was so, so good. We don’t get to do this nearly often enough. Every conference or workshop is a hassle to get approved when you work for the government (just ask me again about wasteful government spending, it’s not happening in our office).

+ We went out to dinner with the couple we saw for Christmas Eve and we had a great time. We hope to meet up soon again.

+ I got our taxes done, woot! And to my relief, we pretty much came out the same way as last year. We’re getting a few hundred dollars back (which actually showed up in my bank account today!), which is nice, but it’s not a big enough refund that would make me ‘rethink’ our withholdings. I think I got them pretty much nailed down.

+ I found out this month that I am probably – oh, only after 14 years of working here – will finally get my permanent position this summer. I feel like I’ve run a marathon at this job (and then some extra miles). Remind me again why I stuck it out? Oh yeah, because I (mostly) like what I do here.

+ I spent a day with my friend Susi in the snow in the Sierra foothills, which was fun!

+ Here in the Central Valley, it’s been a pretty rainy month. It’s good, we need the rain but it’s always like this: we get none or too much at once. Another flood warning was in effect the last couple of days.

How was your February?

* #notanad, This is not a sponsored post. I have not been compensated by the brand or anyone else for linking the products/websites.