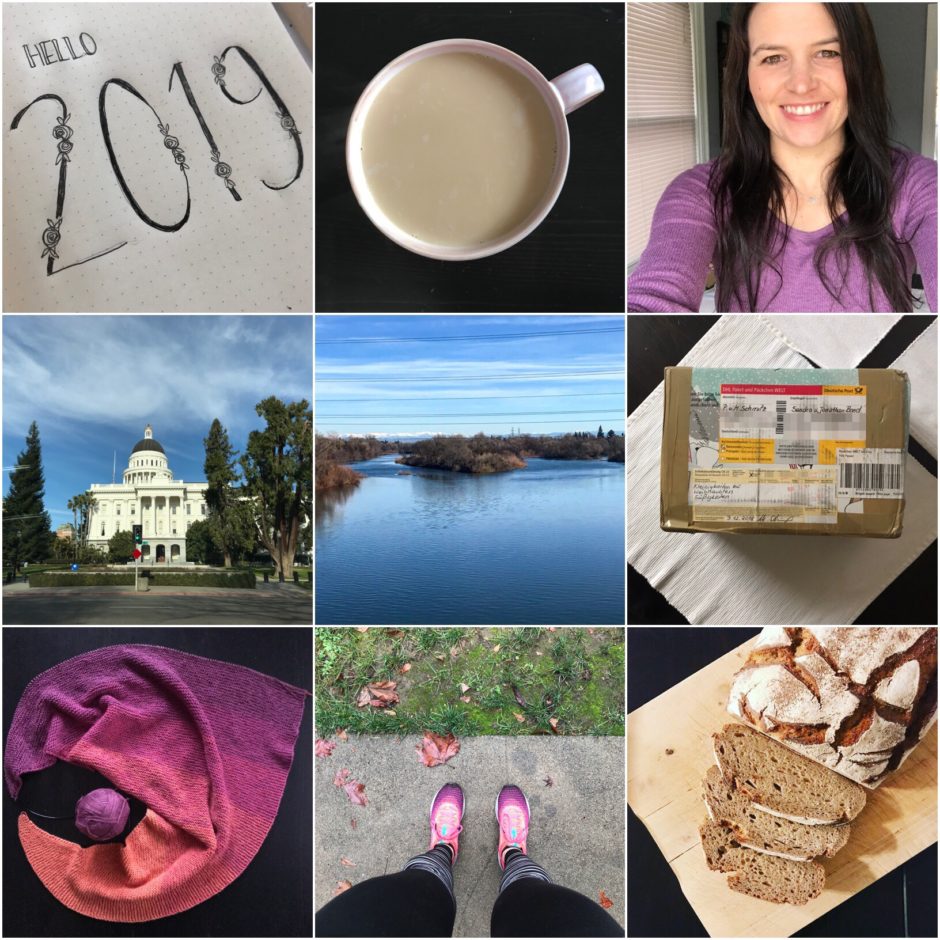 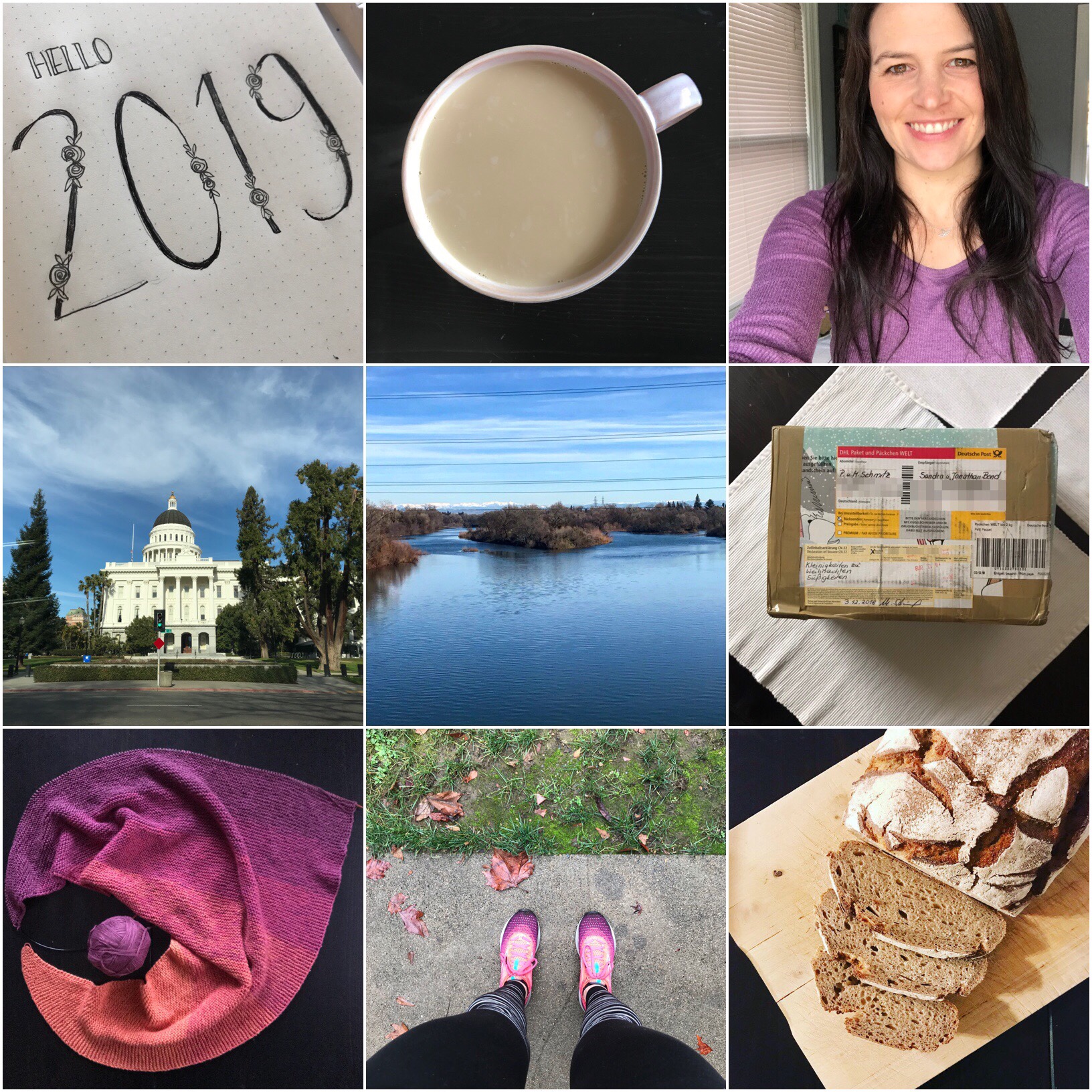 I am trying a new blog feature this year which was inspired by the monthly recap posts that my blog friend Stephany was sharing last year. I liked the idea of a monthly recap so much that I decided pick up the idea for my blog. I’ve tweaked the format a little bit, but I am excited for these recaps. They’re mostly for me, I guess, but I hope you’ll enjoy them too.

I read four books this month, two fiction, two non-fiction (which I will review in a separate upcoming post, as always). The two novels I read were Every Note Played, which I enjoyed very much, and The Incendiaries, which I didn’t care for too much. The two non-fiction books, Tomorrow Will Be Different and This Is the Way The World Ends are both must-reads in my book!

Remember that I said that I would like to try new recipes this year? I can already recommend the two that I tried this month: Fish Florentine and an adapted version of this Tuscan Lentil Stew. Both were very good and will definitely get a spot in my recipe binder!

I watched more TV than usual (also due to the shutdown situation). In a regular week, I usually just watch some news every night and then MAYBE one movie or a show on the weekends. January was definitely an exception. Here’s what I watched (besides the news, which I was also glued to a lot):

Salt Fat Acid Heat (Netflix) (★★★★★) – This is a mini-series and I wish there were more episodes to watch. I was never someone who watched cooking shows, but this was super-intriguing.

Lila Lila (★★★★★) (on Amazon Prime) – This is a German movie and it was nice to watch something in German for a change (I hardly ever do). I don’t know how to describe it but German movies have a different ‘flow’ than American movies. I feel like they’re “slower” and they don’t fill every single second with words or action.

Sing (Netflix)(★★★★☆) – I had heard about this (animated) movie before. I am not the biggest fan of animated movies, but this was supposedly quite funny: an optimistic koala tries to save his theater with a singing contest featuring a timid elephant, a teenage gorilla, an overworked sow.

Saving Capitalism (Netflix) (★★★★★) – Robert Reich, former Secretary of Labor and Professor,  takes his book and his views to the heart of conservative America to speak about our economic system. I am a sucker for these kinds of documentaries.

3 Türken und ein Baby (Netflix) (★★★★☆) – another German movie. Light, humorous entertainment: the lives of three dissatisfied Turkish brothers running a family bridal shop turn topsy-turvy when one of them finds himself in a situation where he has to care for his ex-girlfriend’s baby.

Along Came Polly (TV re-run) (★★★★☆) – I like Jennifer Anniston and Ben Stiller and this movie is just fun to watch. I catch re-runs of it every now and again.

I mentioned before, I am not much of a podcast person, so don’t expect a lot of updates in this category, but I still want to mention it, if I listened to something worth recommending. As previously stated, I am enjoying the podcast “Pod Save America“, where former Obama staffers discuss the political events of the week.

Because of the shutdown and no money coming in, I really didn’t shop much (other than the necessities) this month, but I did get these awesome running leggings (that I mentioned in my “monthly favorites“) on clearance (+ sale) from Old Navy. I also bought this amazing European-style bread that I mentioned in my “Currently“-post, but I’d totally count that as a necessity rather than a splurge.

I ran 71 miles in January. That’s on the higher end of my average monthly mileage. I know it was due to me being furloughed and having more time on my hands. If I am frustrated, I run. I took a total of 192,326 steps with an average of 6,204 steps (or about 3 miles) per day. That’s not quite where I want to be, so I’ll have to keep an eye on that number.

+ As many of you know, I was furloughed for five weeks. While I can’t say that I ever get bored and definitely had time for things that I usually don’t find much time for, the not-knowing when I’d go back to work (and into paid status) was chipping away at me mentally.  January felt forever long.

+ I got my annual checkup right before Christmas and the results from my blood work were all normal, hooray!

+ I kinda fell off the bullet journal bandwagon last year and only used it on and off during the second half of the year. I wanted it to be an organizational tool as much as I wanted it to be a creative outlet, but I just didn’t put the effort in. But I read over and over again that it can take a while until you find your groove with a bullet journal and I am not ready to give up on it quite yet. For 2019, I am planning to change my approach a little bit to make it work better for me.

+ I gave my hair an at-home dye job and it turned out quite well, if I dare say so myself. I just can’t justify spending $150 at a salon all the time.

+ I received my Mom’s Christmas package in the middle of January and while it was about 4 weeks late, I was so happy that it arrived at all, packaging intact and no contents missing.

+ We had two visitor’s in January (which must be some sort of record, because we hardly ever have visitors, let alone two in one month!). At the beginning of the month,  J’s friend came to visit from Portland for the weekend,  and then, J’s Mom came up over MLK’s holiday weekend.

+ I found some unexpected extra time to work on my knitting this month. It’s been slow going (even though I usually get more knitting done during the winter month than the rest of the year), but I am making progress with my triangle shawl.

+ Before the shutdown, I found out that I’d be switching supervisors at work. I was very happy with my previous supervisor (I have known and worked with her for all the time that I have been with the USGS) and I wasn’t very happy that I’d be forced to switch, but I had my first meeting with my new supervisor this week when were finally asked to come back work and I am optimistic that things will work out with him.

+ Two days after we went back to work, we already received partial backpay for the time we were furloughed. That was a huge relief (especially since we don’t know what’s going to happen in two weeks, when the next budget deadline hits).

+ We had some rain but we also had some beautiful, sunny winter days here in Northern California. When the skies are clear, I can see the snowy peaks of the Sierra Nevada on my runs!