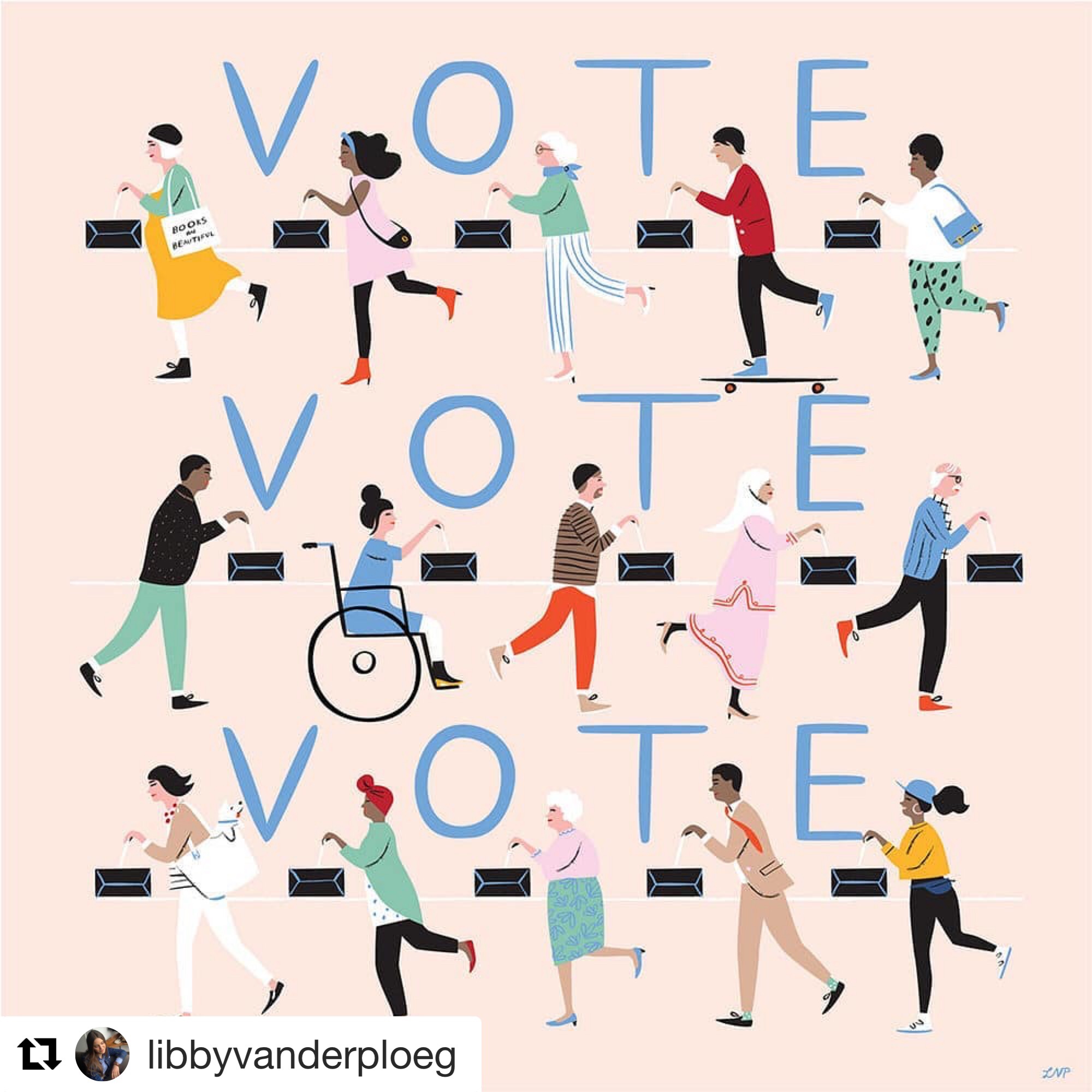 Sorry guys, today is a day I have to get political with you again. I said before that I am generally not an anxious person, but the upcoming election (tomorrow!) is too important not to get at least a little bit anxious about the outcome.

To be honest, the last two years have been tough. I’ve basically been in a perpetual state of horror and perplexity since November 2016, haven’t you?

If anyone thought Trump would step up to the plate once elected and learn what it means to be president, they were wrong. There is nothing presidential about this man, about his pettiness, his ego, and his sense of entitlement. Every day when I turn on the TV and the news, I have a rage inside me that is really foreign to me, but this man brings out the worst in people (including me, apparently).

This man-child, who should be president for ALL OF US, is the most divisive and partisan president this country has ever seen and this is not good, friends. Not good at all.

We cannot afford more of what we had for the last two years. Midterm elections historically have a lower voter turnout. I don’t really understand why people would choose to vote in a presidential election, but not in the midterms. It makes no sense to me. If there is an election, you vote. End of story. Midterms are just as important, if not more important than presidential elections, because if you recall, we’re a representative democracy where most of the power lies with Congress, NOT the president, even if he’s trying to tell you otherwise. (No, he cannot single-handedly take away birthright citizenship.)

So why do people think midterm elections are not as important if this is where you vote for your representatives?

You’d think that these are common values that we can all agree on, but that is apparently not the case and people have been emboldened by the president’s rhetoric to show their true faces. It is pretty scary.

I am going to quote Rachel Maddow again:

“THIS IS NOT A SPECTATOR SPORT, EVERYBODY’S GOTTA PLAY”.

If you’re eligible, please vote. Our future depends on it.