Hey, remember the road trip that I went on  with my cousin B and his girlfriend in September when we visited all the National Parks? I am still catching up on the recaps! Here are parts 1, 2, 3, 4 and 5. 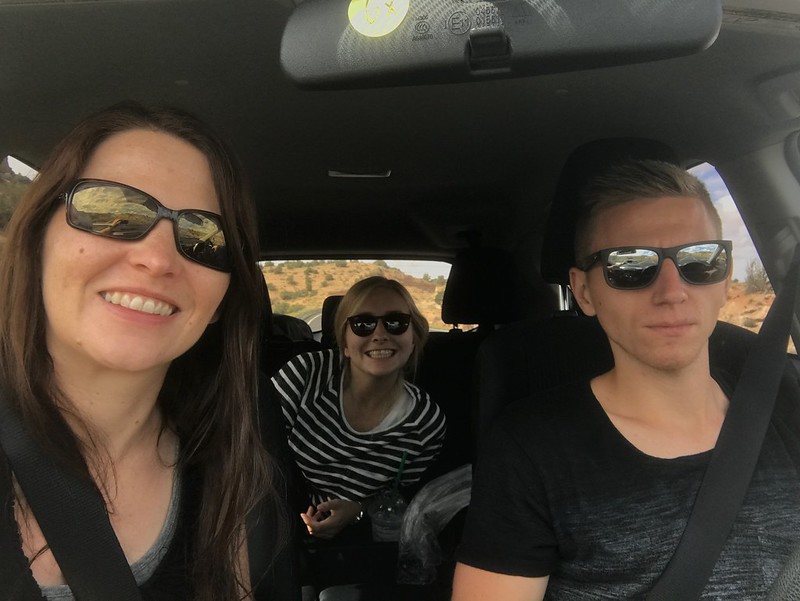 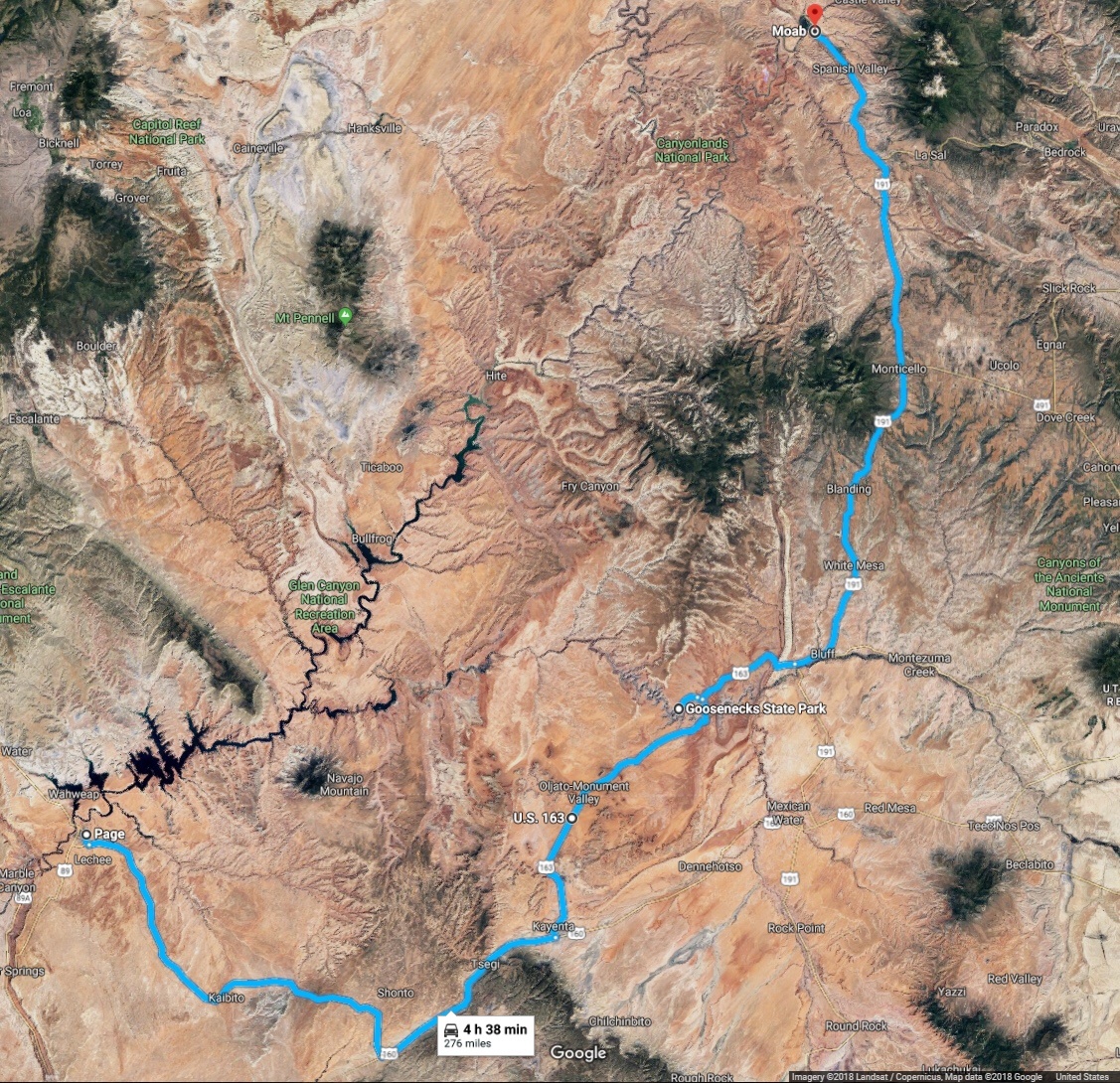 After the amazing tour through Lower Antelope Canyon and a quick stop at Horseshoe Bend, we got back on the road to our next destination: Moab.

Of course, road tripping through the American Southwest is never just about the destination, but also about the journey, because there is just so much to see.

We had also contemplated driving a little detour to see Four Corners National Monument (where Utah, Arizona, Colorado and New Mexico touch), but the extra driving would have been substantial just to be able to say “we were there”, so we decided against it this time. It would have been cool though.

Unfortunately, we didn’t have time to enter into Monument Valley this time (as B and I have done on a previous visit), but luckily, a lot of the monuments are visible, and not less beautiful from the distance. 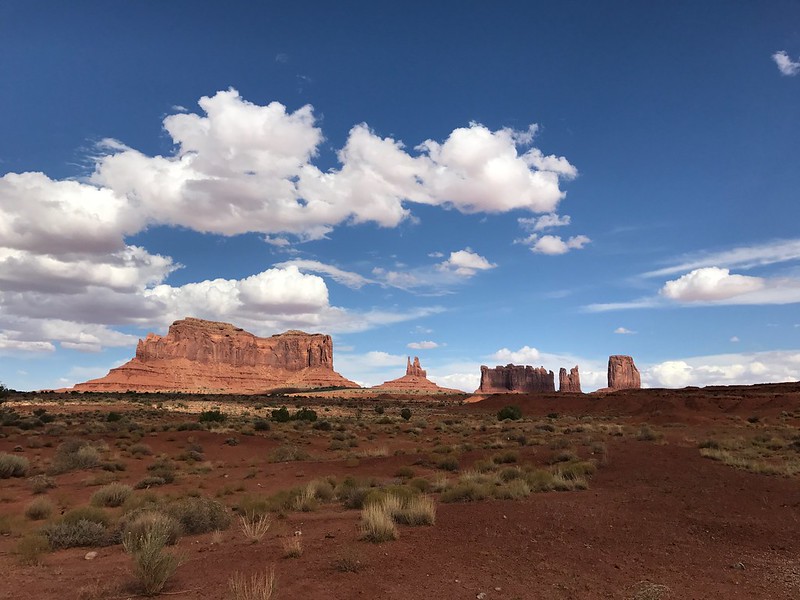 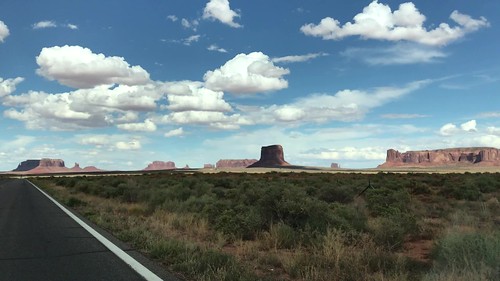 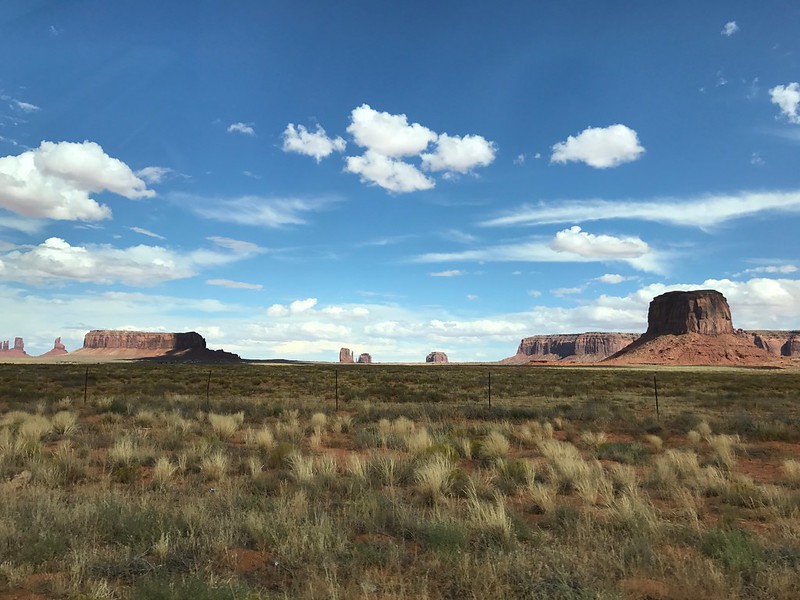 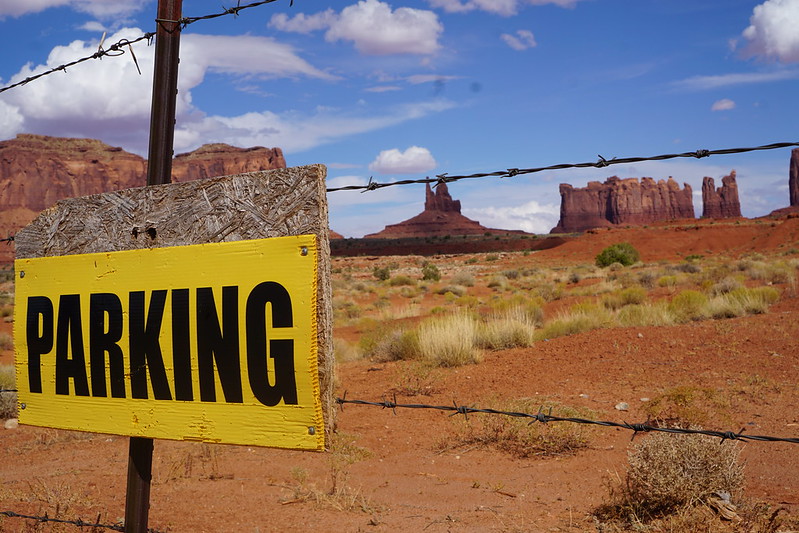 Remember that article that I shared in one of my Link Love posts, about how everybody snaps the same Instagram travel photos? Well, I guess, it’s true. We did, too. It’s just too cool to pass up. 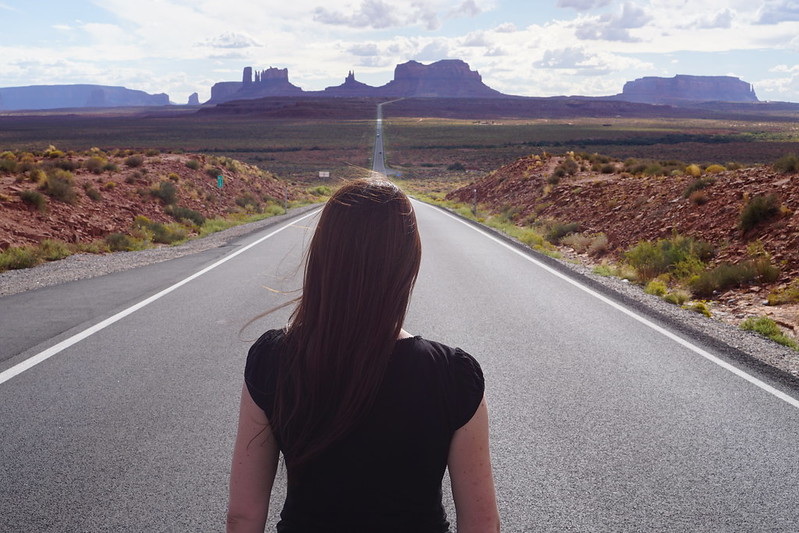 After we left Monument Valley behind, I made sure we included a stop at Goosenecks State Park. 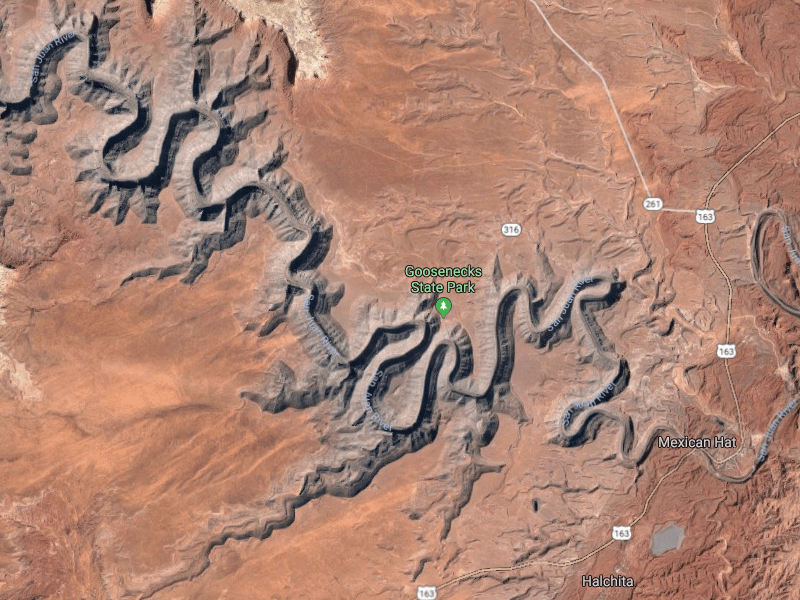 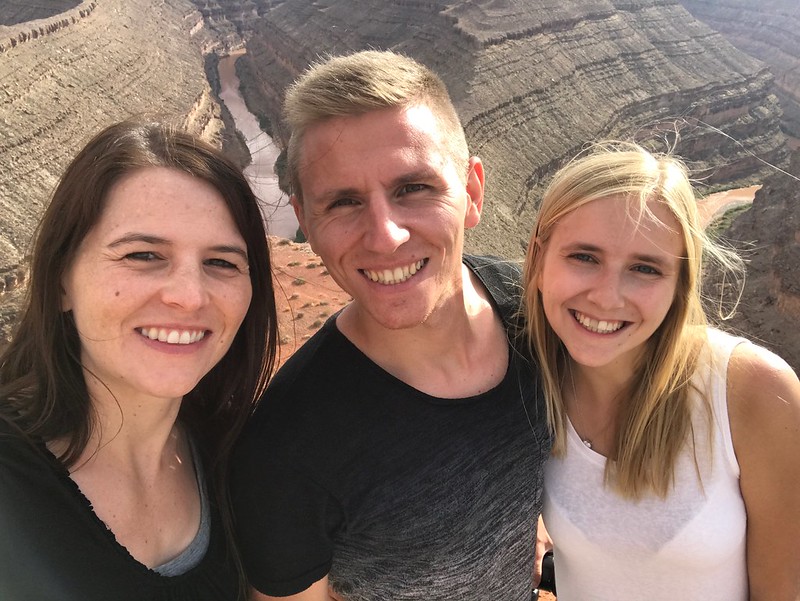 This site, though declared a state park, is still largely undeveloped. There are some very primitive campsites and no developed hiking trails, which really boggles my mind. Honestly, I think it will just be a matter of time until someone will realize the potential of this place, because just look at these views! Those are some of the most impressive views of one of the most striking examples of an entrenched river meander on the North American continent. 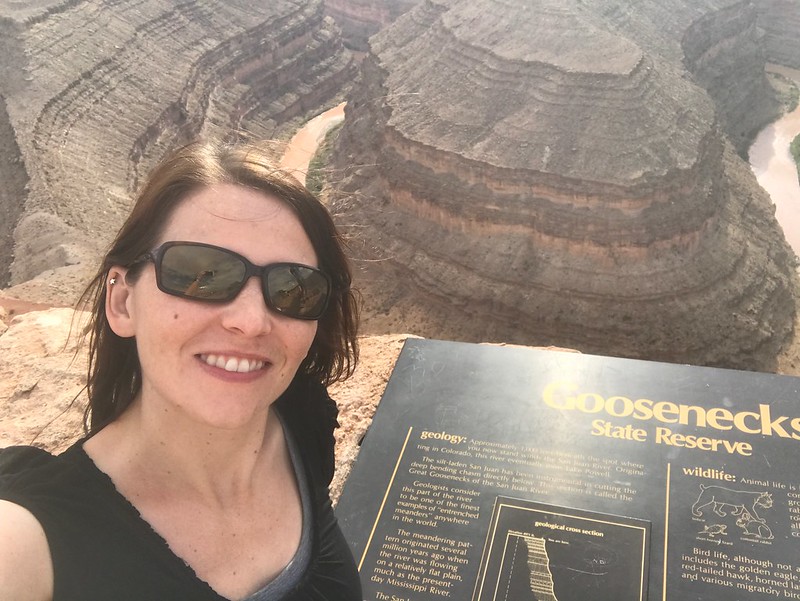 I first learned about these impressive meanders of the San Juan River on my geology field trip in 1998. Turns out, not even my nerdy, geology-enthusiastic co-workers knew about the Goosenecks. Wild! I feel like I am on a mission to introduce them to anybody who will listen! At the same time, it’s very nice to visit a site that is not overrun with people. Just sayin’.

The State Park is just a short drive off US 163 and very worth a stop, IMHO. You can’t miss the turn-off, because it will come up on the left just when you leave Mexican Hat behind on your right. The name “Mexican Hat” comes from a sombrero-shaped rock outcropping on the northeast edge of town. 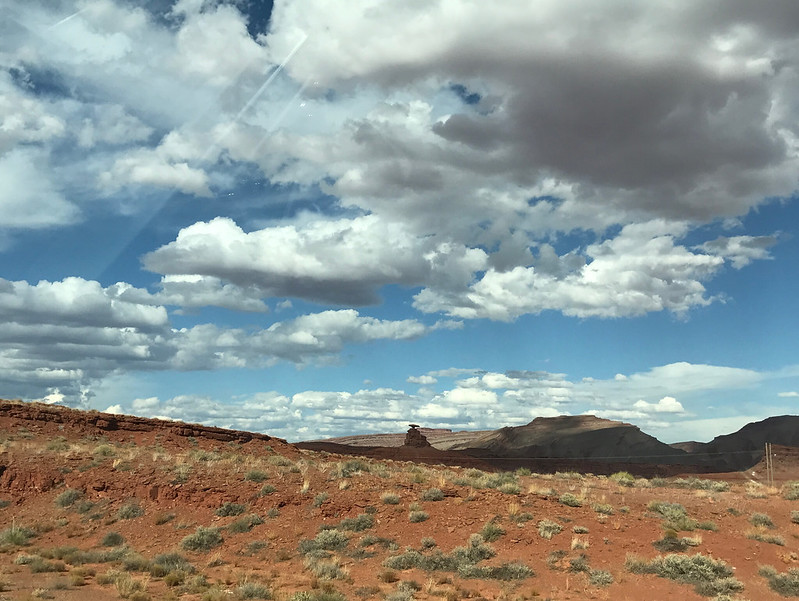 As always, my posts come with a little geology lesson. You’re welcome.

The San Juan River is a major tributary of the Colorado River and drains the Four Corners region. It originates in the San Juan Mountains (which are part of the Rocky Mountains) in Colorado and flows 383 miles (616 km)[2] through the deserts of northern New Mexico and southeastern Utah to join the Colorado River at Glen Canyon. The river drains a high, arid region of the Colorado Plateau and along its length it is often the only significant source of fresh water for many miles. The San Juan is also one of the muddiest rivers in North America, carrying an average of 25 million US tons (22.6 million t) of silt and sediment each year.(Wikipedia). 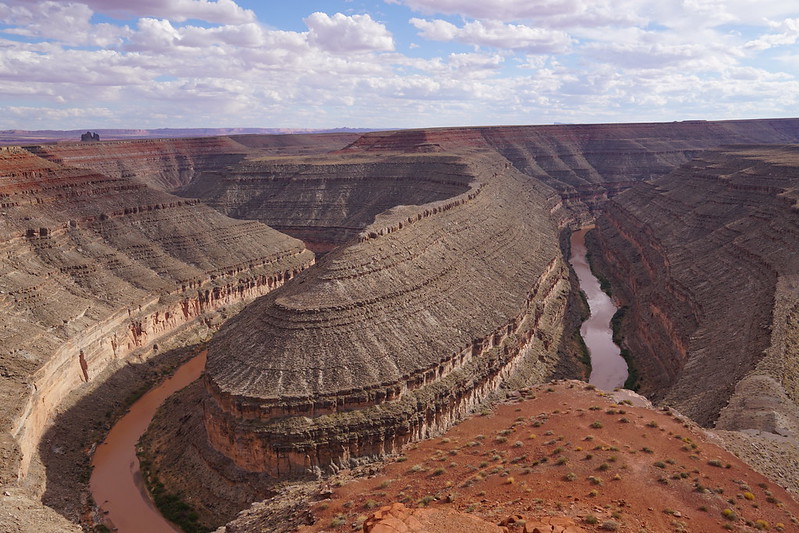 Millions of years ago, when the land was relatively flat, the river meandered on its normal course (as rivers do). Then, about 20 million years ago, a period of uplift occurred on the Colorado Plateau. As the land rose, the river flowed faster while still following its meandering course. The river cut into the land, eventually creating the impressive entrenched meanders.

Anyway, long story short: the geologic history is fascinating (IMHO as a geology nerd) but you can also just stop there because it’s such a beautiful, impressive view. Everybody can agree with that, am I right?

We made it to Moab just in time for dinner. We checked into our hotel and then of course had to get burgers at an old favorite restaurant, “Eddie McStiff’s”, where I had eaten with Basti and my parents on a previous trip to Utah! 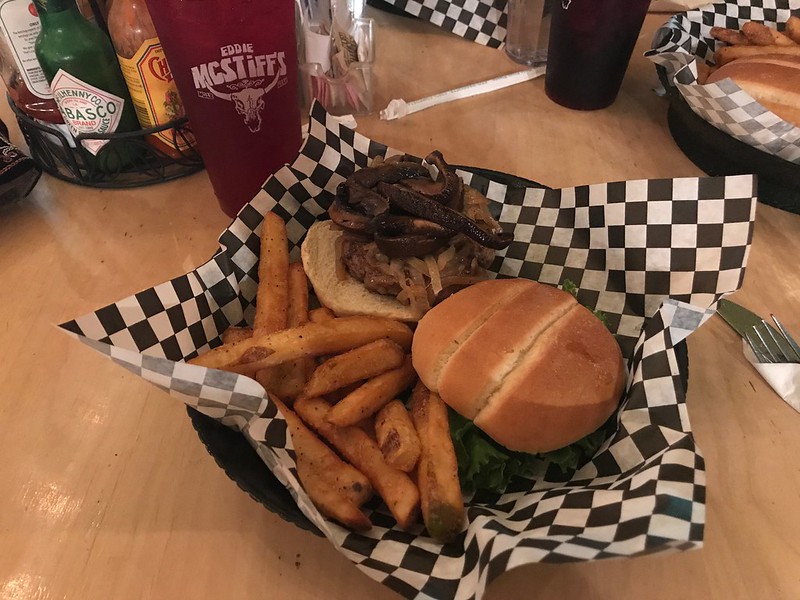 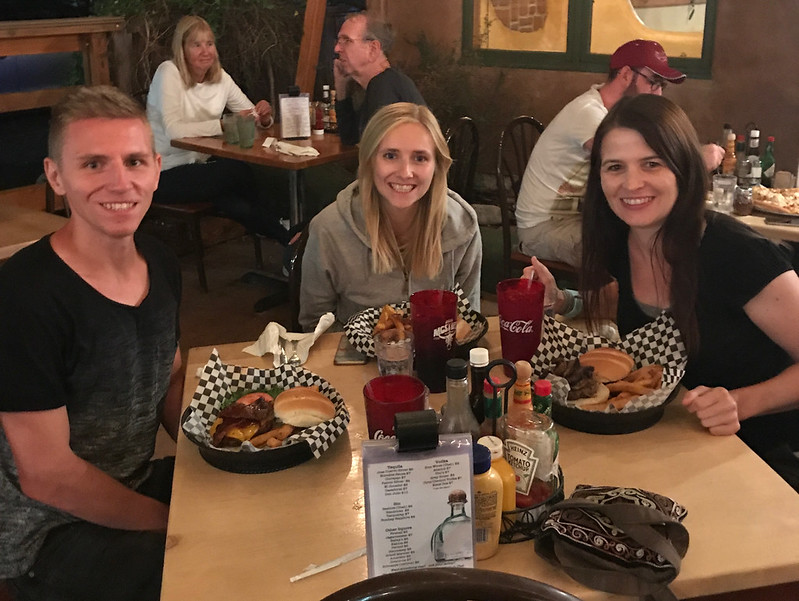