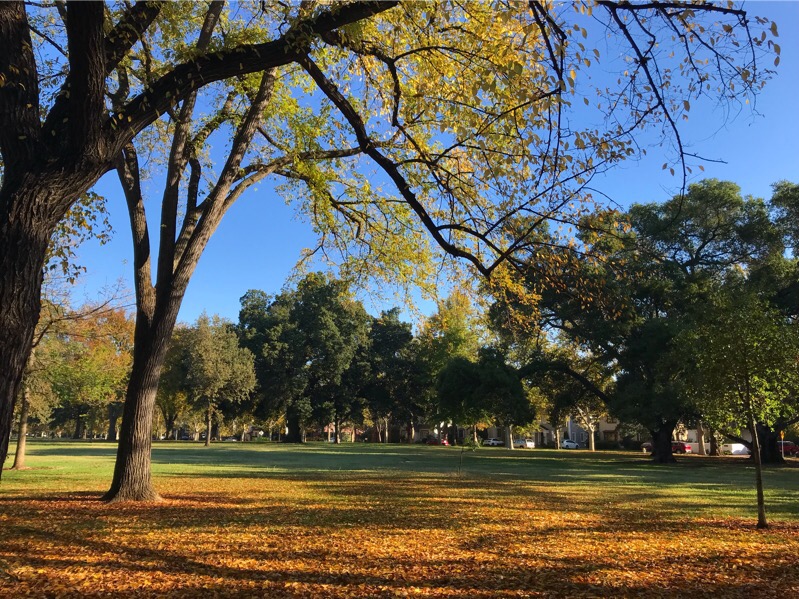 Another Thursday, time again to link up with Amanda from Running with Spoons for Thinking out Loud and let you all know what’s been going around in my head.

+ Two weeks ago, when we drove to Apple Hill, we almost-witnessed (as in, saw that something happened, but didn’t see it happening) a horrible accident on the freeway. We saw a line of cars and onlookers on the opposite site of the freeway staring down an embankment and it got me all worried about what was down there.
On our way back, the site was cleared but we saw a tow truck load a burned-out Toyota onto their truck. I was horrified and said to J “Damn, that doesn’t look good. I hope the person driving this car survived”. On Friday, I learned that the driver of the car was the 25-year old son of a professor here on our campus and it gave me chills. Sadly, he did not survive. What a tragedy. I can’t stop thinking about it.

+ I am stoked, because I won another giveaway on Instagram last week. I’ve been rather luckily lately. I enter maybe a handful of giveaways each week (so, not a ton!), but have been luckily to win a few really cool running items. This giveaway was for a pair of Brooks Launch 4 via Trisha’s IG account and this is really great timing as I was in the market for some new running shoes! I have run in (two) different Brooks shoes before and love the brand, so I am stoked to be trying the Launch 4s.

+ WordPress has been the weirdest lately. A few months ago, it stopped sending me “comment notifications” (or if it did, just the random one here and there) and I can’t figure out why. There is also one person (who has repeatedly commented and has been approved repeatedly)  whose comments keep ending up in my “pending approval” folder. I am not sure how to fix this. Does anyone else have that problem?

+ The fall weather around here is gorgeous right now. I know that rain is coming, but right now, I am just enjoying the heck out of cooler temperatures and sunshine!

+ Halloween was fun. We made a yummy vegetarian burrito bowl for dinner (I’ll share the recipe in a later post, it was so good!) and watched the World Series (game 6) on Tuesday night. We also had some trick-or-treaters and J loved giving out the candy. We then finished up the evening with “Tim Burton’s The Nightmare before Christmas”.
If I get around to watching that movie and “Hocus Pocus” each year, my Halloween mission is accomplished. (It’s basically as much scary as I can handle, is what I am saying.)

+ Well, that was anticlimactic, wasn’t it? The Houston Astros beat the LA Dodgers in the World Series last night. They deserved it, too, but after this very exciting series going to game 7, last night’s game was kinda meh. I really should be okay with either team winning, especially when the Red Sox didn’t make it to the World Series. I honestly haven’t seen two teams as equally matched as these two in a while, but my alliances lie with the Dodgers, the Californian team, and oh well, they didn’t make it. So, congrats, Astros. You played a great game!