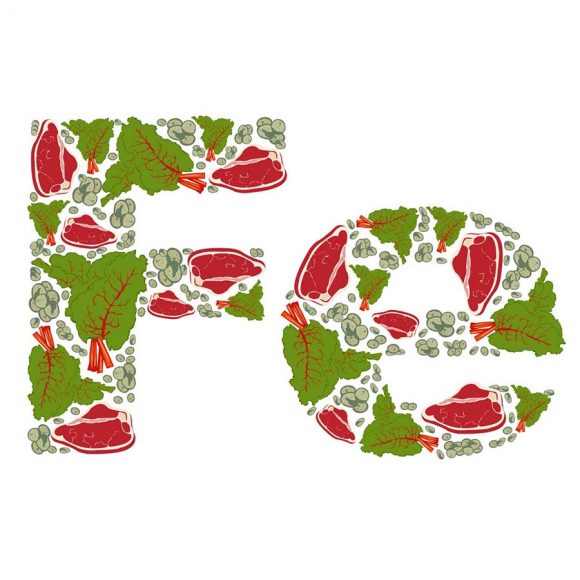 A re-tweet of one of Lora‘s older posts about the importance of iron for runners prompted me to tell you about my personal experience with iron deficiency anemia many year ago. It was not directly related to running or at least, I think it wasn’t, but maybe it was? Not sure, just read on, because it’s still an important topic to talk about.

Anemia can be caused by different conditions, in my case it was caused by a shortage of the element iron in my body. Bone marrow needs iron to make hemoglobin. Without adequate iron, your body can’t produce enough hemoglobin for red blood cells and without red blood cells, it can’t distribute oxygen through your body.

You can easily see how that can become a problem. If your body doesn’t get enough oxygen, things will start to decline or shut down. The first signs of anemia are common every-day symptoms that aren’t easy to catch until they get severe or occur in acute combination: fatigue, shortness of breath, dizziness, headache, coldness in your hands and feet, pale skin, and overall weakness.

I experienced extreme fatigue, dizziness, and shortness of breath when I was diagnosed. It was shortly before Christmas and I was working for the (German) postal service (my student job at the time) and, in case you don’t know, in most German cities mail is still delivered by bike. It’s a physically demanding job (because your bike is loaded with literally pounds and pounds of mail), especially in the winter. I also had been battling a cold, so I wasn’t necessarily surprised to feel overall weak and tired. I did get concerned though when going up a flight of stairs in my parents’ house left me gasping for air at the top of the stairs. That just didn’t feel right.

When I went to the doctor, he did my blood work and checked some other things. I am naturally a fair skinned person and it was in the middle of winter, so my paleness didn’t stand out to me in particular, but my doctor checked the insides of my eyes (pull down your lower eye-lid and have a look!) and the inside of my eye was basically white (it’s not supposed to be white, the tissue inside your eyes is usually well circulated with blood).

The next day, I was told that my iron levels were dangerously low and that my body was circulating only half the blood of a healthy human being. A person of my weight usually has 4+ liters of blood and I had less than 2 liters. I was told that I should practically not move (and just breathe) until I would be admitted to the hospital for further testing (and a blood transfusion – hooray!).

When I was admitted a day later, the doctors at the hospital asked me a regular slew of questions about conditions that can lead to or make you susceptible to iron deficiency.

Are you a vegetarian or eat an iron-deficient, unbalanced diet? (No.)

(Just FYI, I am in no way saying that living a vegetarian lifestyle automatically means that you suffer from malnutrition or that it will make you iron deficient, but I was told that iron from plants alone isn’t as easily absorbed as from red meat sources and therefore you have to really pay attention to your nutritional needs if you’re omitting a big part of a whole food group – which was not the case for me.)

Do you have a heavy period where you lose a lot of blood? (No.)

Do you have any blood in your stool or urine (from internal bleeding)? (No.)

Did you donate blood recently? (No.)

Do you have any chronic infections or diseases? (No.)

I am surprised nobody asked me if I was an athlete (because I was finishing up my physical education degree at the time and was regularly active and working out). Athletes have an increased energy and oxygen turnover and therefore the need for iron is basically doubled for physically active people. Athletes also lose some extra iron due to sweating. Although I was by no means an athlete on an extreme workout schedule, I wonder if the physical activity was partly to blame? Plus, I was working a physically demanding job at the time.

Anyhow, I got a bed at the hospital for a few days, more tests were ordered, I received two blood transfusion and I breathed a big sigh of relief when the doctor told me that it wasn’t leukemia. (Good grief, I didn’t even think that far as a possible cause for the anemia.) I underwent a colonoscopy to rule out any intestinal issues (the colonoscopy was no fun, but not as bad as I expected either) and was eventually sent home without any definitive explanations for my low iron levels.

To this day, I don’t know what caused my iron deficiency and why it got that bad. Part of me wishes that I had an answer, part of me is thankful that there wasn’t any bad diagnosis hiding behind it. Maybe it was an unlucky combination of things, maybe my body is just extra slow in absorbing iron. I was on iron supplements for years and years to get my levels up again and  I’ve been getting my iron levels checked regularly and paying close attention to my fatigue levels, inside-eye-skin color, and nutrition ever since.

The best food sources of iron are red meat (don’t mind a good steak every once in a while!), legumes, nuts and seeds, leafy greens, and dried fruits (all of which I had been eating before my deficiency diagnosis, just in case you were wondering!). And partnering these foods with others that are rich in vitamin C can also help boost the absorption of iron.

I am not on supplements anymore at this point and I advise that if you feel fatigued and  suspect an iron deficiency yourself, please get that confirmed by a doctor. You shouldn’t take iron supplements unless you’re really deficient. It takes a long time for the body to build up iron (because it can only absorb it in small amounts) and it doesn’t easily get rid off excess iron, therefore adding more iron to your system (when you’re not deficient) can lead to an iron build up in your tissue and organs that can be unhealthy. Find out what the true cause for your fatigue is.

However, iron deficiency can happen to anyone, so awareness is key.

Oh, and of course, eat a balanced diet. Here’s a list of good sources of iron. ( Meat contains both heme-iron and non-heme iron. Heme-iron is easier to absorb, but there are plenty of plant-based foods that contain high amounts of non-heme iron, too, in case you are a vegetarian.) 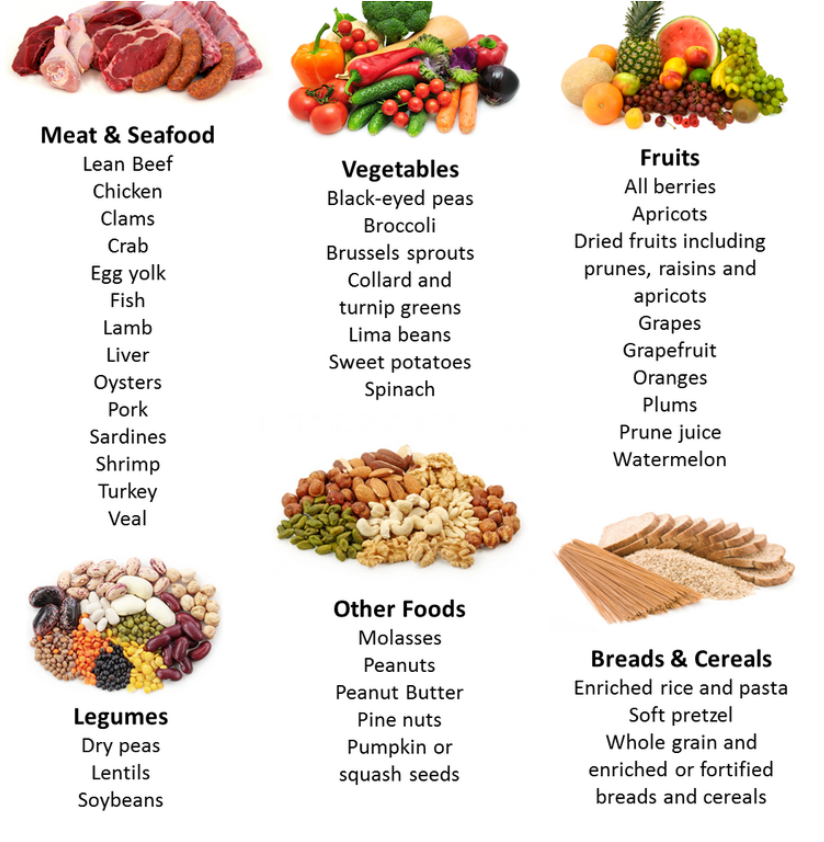 Phew. This got much longer than expected. Thanks for reading if you made it all the way down here. Also, I apologize, but the whole ordeal was not photographically documented because it was the era before smartphones, Instagram, and the ”OMG-I’m- taking-pictures-of-everything”-mentality. Ha. I am officially old.