As previously mentioned, we took a trip to Lake Tahoe over the weekend. When we reached Echo Summit, the mountain pass at 7,382 ft (2,250 m), we stopped to take in the beautiful view of the Tahoe Basin.
The “Sierra Nevada Southern Route” (aka the “Pioneer Route”) of the Lincoln Highway, the first road across the United States of America, was routed over Echo Summit in 1913 (Wikipedia). 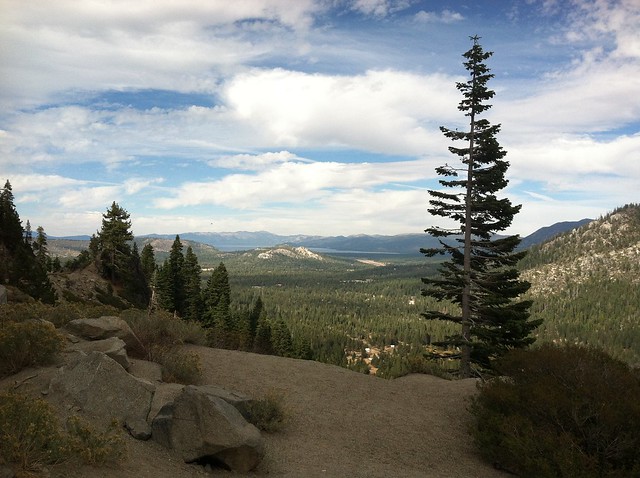 My first reaction was “Why haven’t we been back to Lake Tahoe much, much earlier?”. My honest answer: I have no clue. Lately, when we took weekend trips, we either went down to Southern California or west to the coast. I seriously forgot – you know, not really forgot, but pushed to the back of my mind – how breathtakingly beautiful the Sierras are.

We stayed at the Best Western Plus Timber Cove Lodge in South Lake Tahoe, RIGHT on the water. Holy crap, we even had a partial view from our window. Who would complain about that? 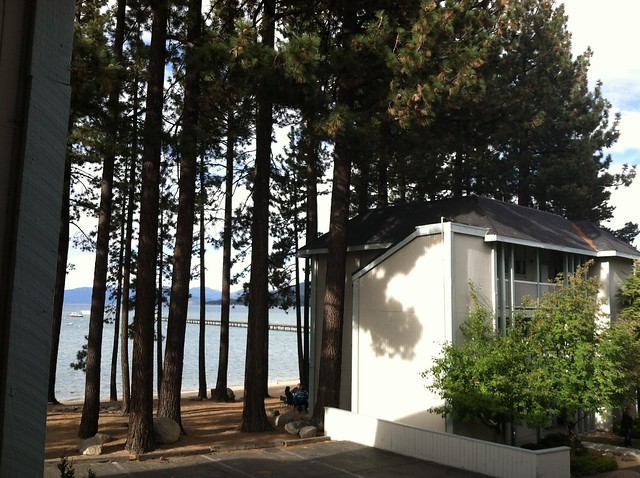 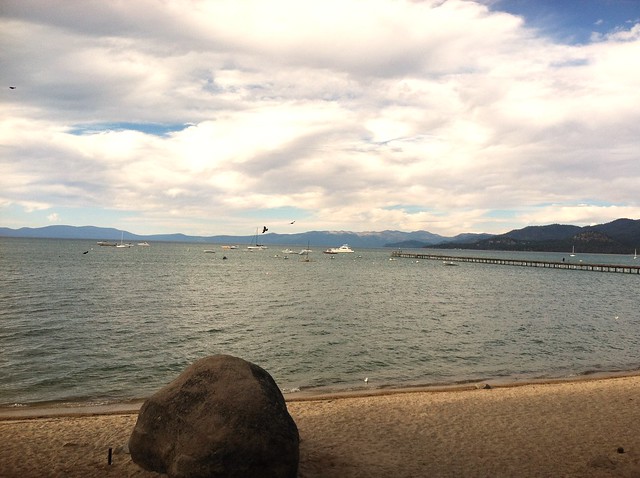 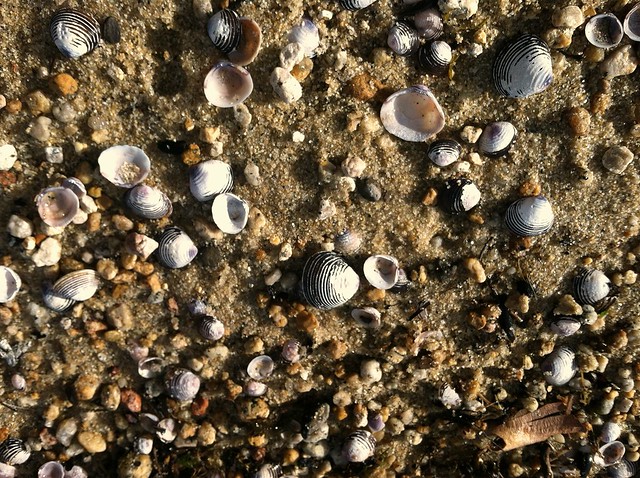 We had dinner at a near by Italian restaurant and then took a walk on the shore to enjoy the beautiful sunset. 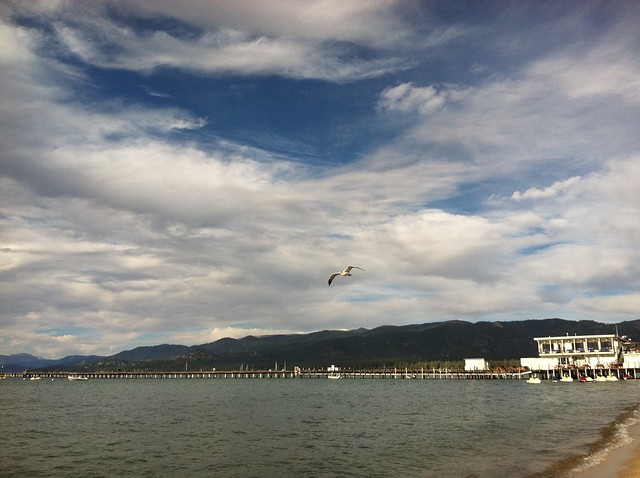 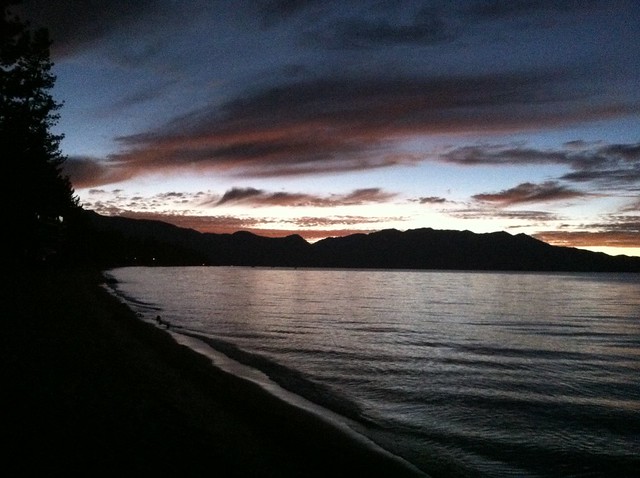 The next morning, I was up early and went down to the water. It was a beautiful morning…. chilly air, but beautiful sunshine! 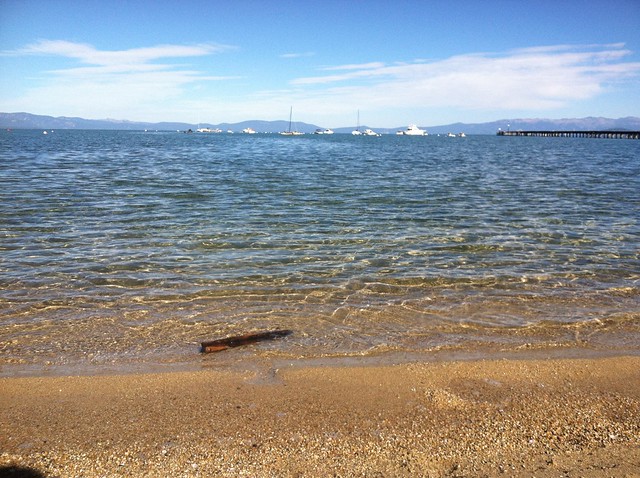 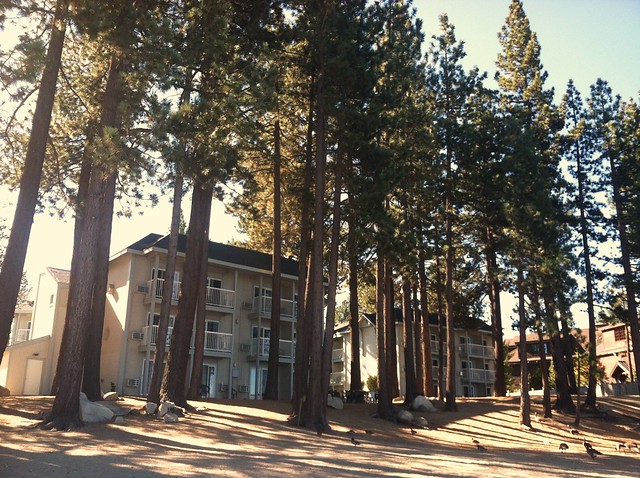 This was a view from the beach back to our hotel building. As I said, literally on the beach. 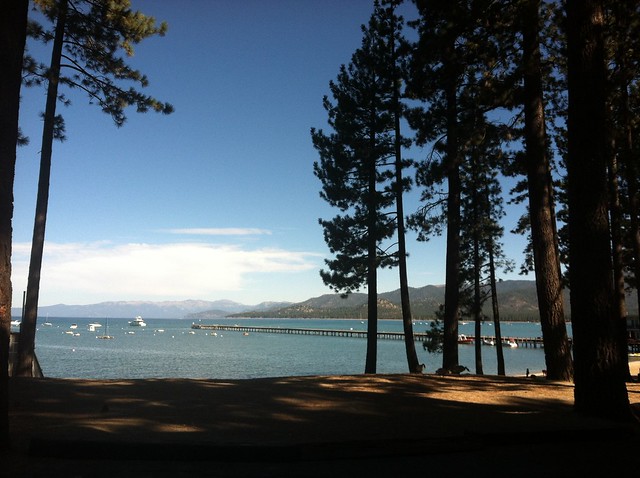 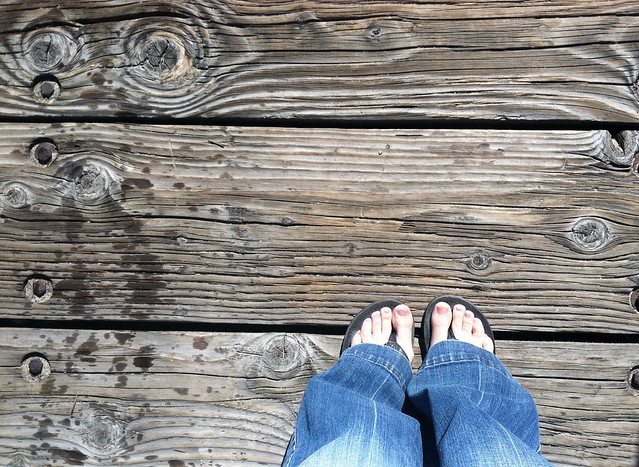 I got some coffee and muffins for breakfast from a nearby coffee shop/supermarket and we spent a few hours just hanging out at the water. It was a perfect day to just relax and take a break from the world. 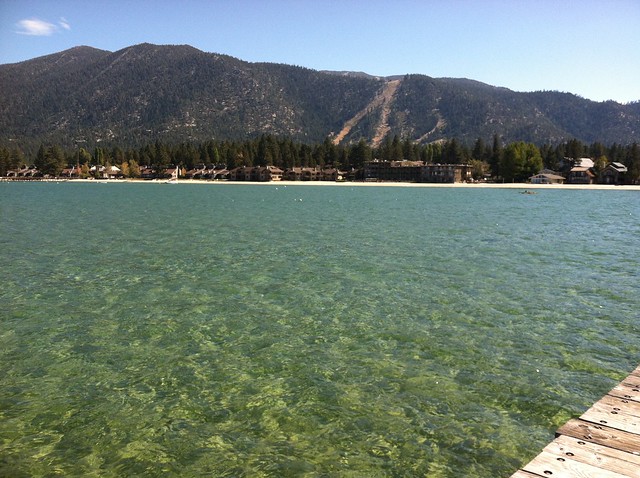 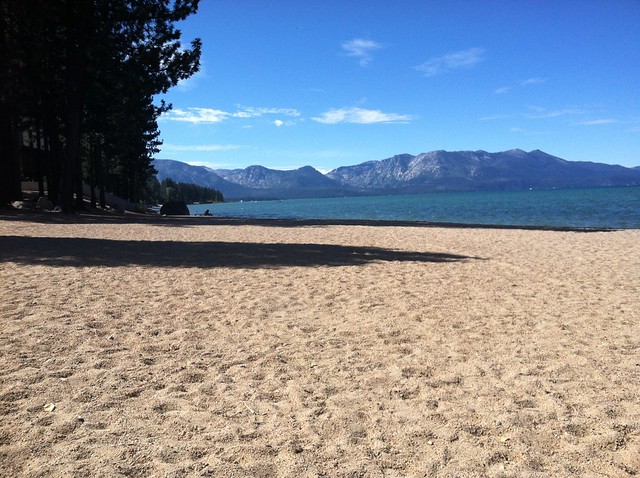 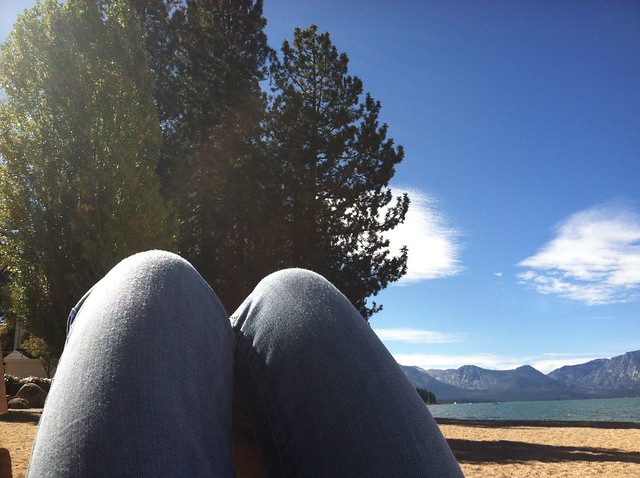 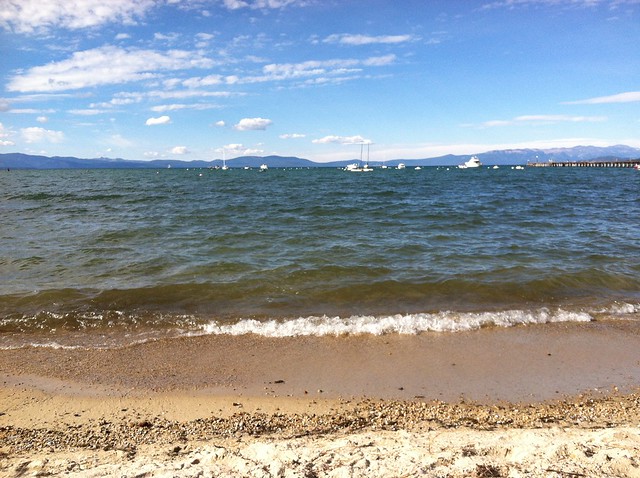 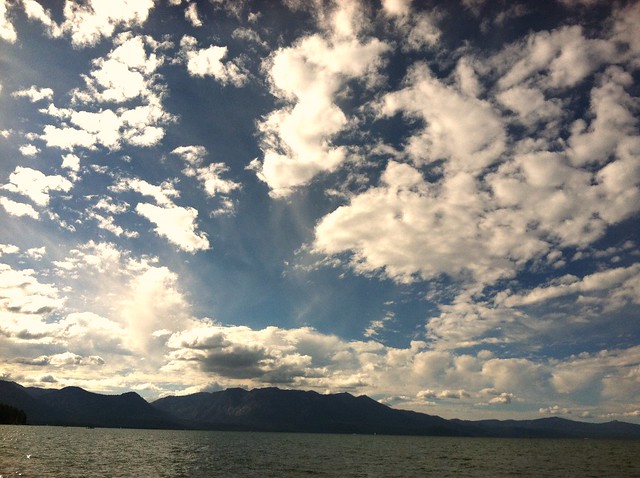 In the afternoon, we did some window shopping at Heavenly Village. Originally I had hoped to take the gondola up on the mountain to enjoy the view from up there, but we missed the last weekend of summer hours by a week and the gondola won’t reopen until the skiing season starts in November. Bummer!

Later that evening, we had dinner at “Riva Grill“, a restaurant close to the shore. I started the evening with a lemon drop (to celebrate our meet-a-versary and in honor of my lovely collab blog ladies! Hi!) 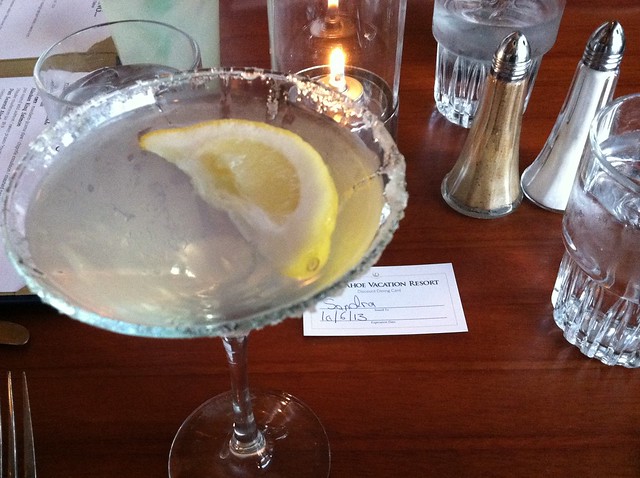 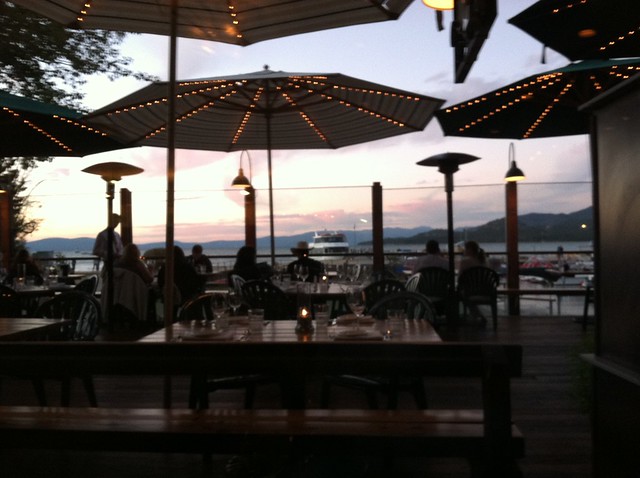 J had a delicious steak for dinner and I chose the most delicious salad with chilled roastbeef and grilled tomatoes. So good! Not pictured is the very yummy French Onion soup, with which I started my meal. I love French Onion soup and have found a really good recipe online which I’d like to try soon! 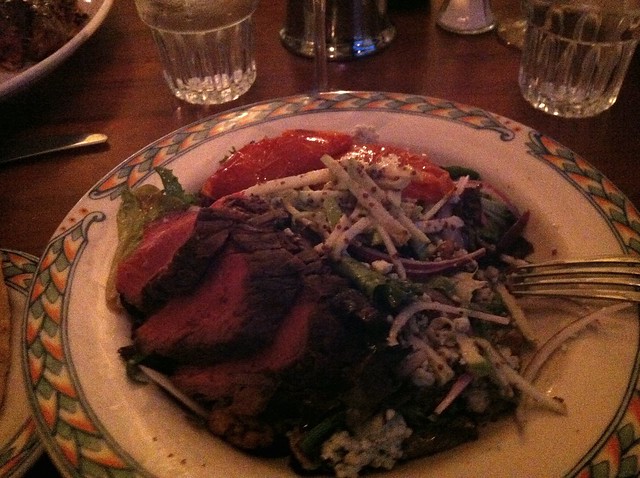 We hung out at our cozy hotel room in the evening.

The next morning, I was up early again. There is nothing more beautiful than a lake in the early morning hours. I don’t know if you’re interested in a little geology lesson, but I’ll give it to you anyway. I am a geek when it comes to geologic stuff and I usually read up on the places we go to beforehand. Lake Tahoe is a large freshwater lake. It is located along the border between California and Nevada at an average surface elevation of 6,225 ft (1,897 m) above sea level, which makes Lake Tahoe the highest lake of its size in the United States.

Lake Tahoe is also the largest alpine lake in North America. It is 1,645 ft (501 m) deep (on average) and the second-deepest lake in the US. The lake was formed about 2 million years ago and is a part of the Lake Tahoe Basin with the modern lake being shaped during the ice ages. The Lake Tahoe Basin was formed by geologic block (normal) faulting about 2 to 3 million years ago. A geologic block fault is a fracture in the Earth’s crust causing blocks of land to move up or down. Uplifted blocks created the Carson Range on the east and the Sierra Nevada on the west. Down-dropped blocks created the Lake Tahoe Basin in between. Lake Tahoe is known for the panorama of surrounding mountains on all sides for the clarity of its water. (USGS). 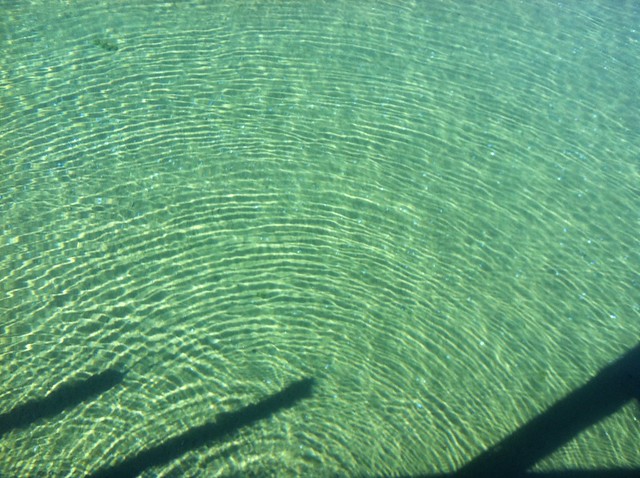 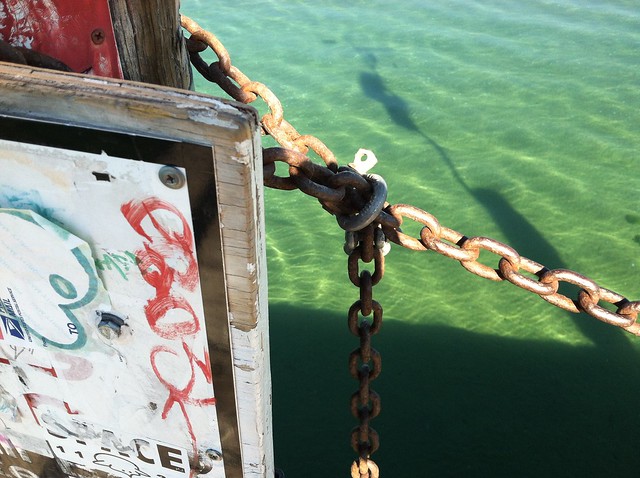 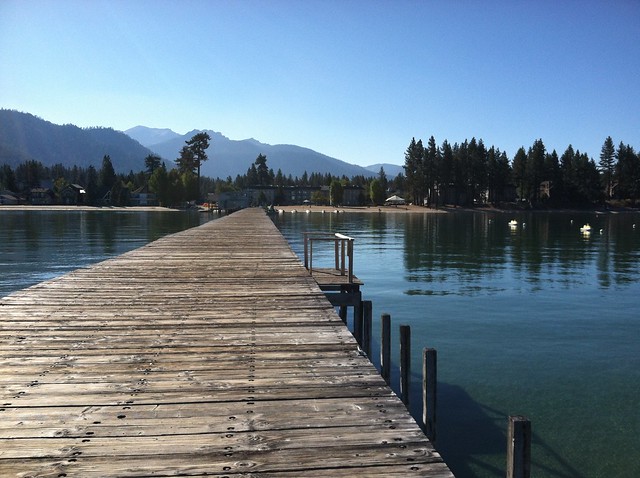 We had to check out of our hotel at 11 am and decided to have brunch at Heidi’s. Pancakes and bacon…. I went all out! What a treat! 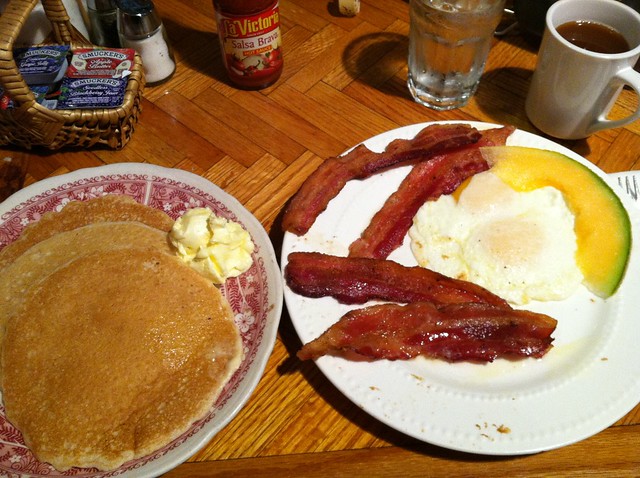 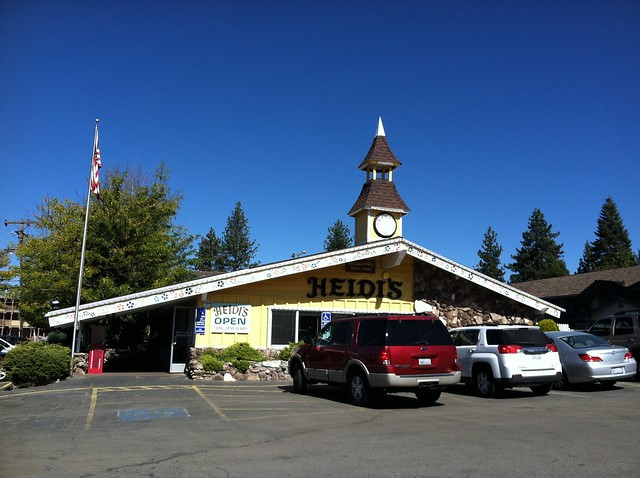 Before heading back to Sacramento, we decided to drive up to Emerald Bay, take a short hike on the Rainbow trail and catch a glimpse of the spawning Kokanee salmon population in Taylor Creek. The Kokanee Salmon Festival takes place every year in the first week of October to celebrate the dramatic and colorful spawning behaviors of the Kokanee Salmon.

Kokanee salmon were introduced to Lake Tahoe in 1944. Like Sockeye salmon, their ocean-going relatives, these fish return to their stream of origin to mate, spawn, and die. In the case of Lake Tahoe’s landlocked Kokanee, that stream is Taylor Creek. In preparation for their spawning run, Kokanee salmon turn bright red. (USDA Forest Service)

I couldn’t quite imagine what it would look like, but yes, there are hundreds of red salmon in the creek! Amazing! 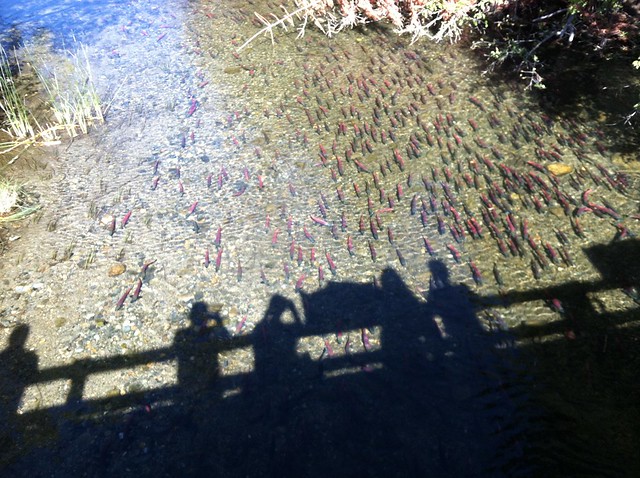 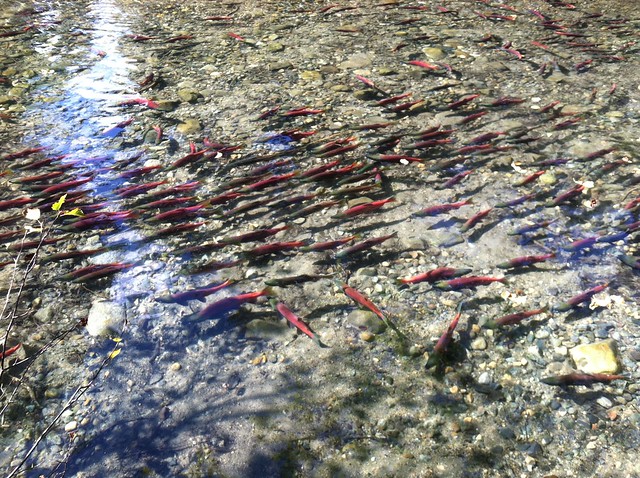 We headed back down to the Central Valley in the early afternoon. 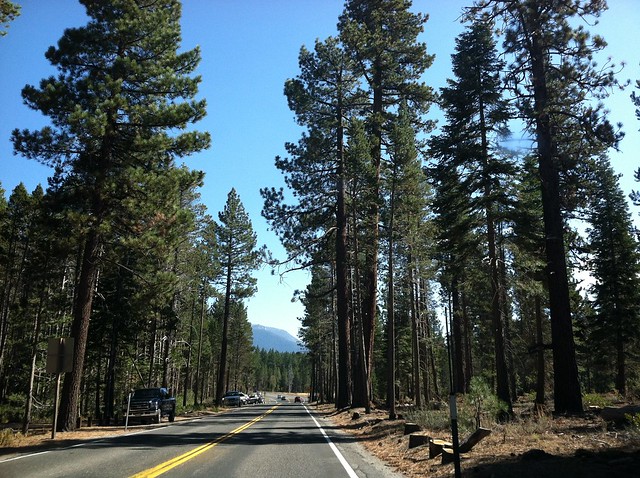 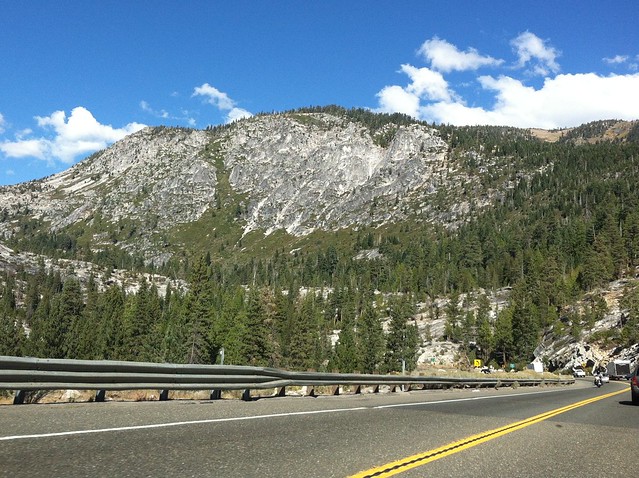 It was a beautiful and relaxing weekend and I definitely want to go back to Tahoe again soon! Luckily, I had Monday off because of Columbus Day and we were able to get our usual weekends errands done on Monday and just hang out at home for a little more. Did you get a long weekend? What did you do?