My goodness, can you believe it? Last Wednesday was Greta’s first birthday! It’s almost incomprehensible that she’s been part of our family for whole 12 months already. The memories of October, 21 of last year, when my sister called me to tell me that I had become an aunt, are still so very fresh in my mind.

I wanted to blog about it much, much earlier, but I was waiting to get some pictures to go along with the post.  Isn’t she the cutest 1-year-old you’ve ever seen? (I admit, I might be slightly biased.) 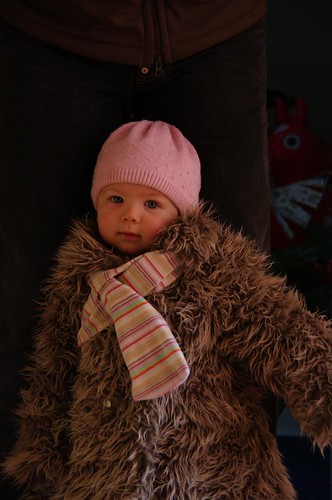 (I assume that the “teddy bear jacket” was one of her birthday presents – you know, since winter is just around the corner ;) She needs to stay warm!) 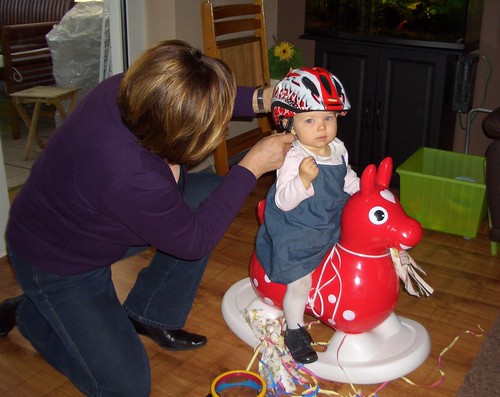 ( A bike helmet! And… a somewhat ugly, but very lovable red rocking horse.)

It’s been tough to not be able to be part of the birthday celebration. When I told J that my sister was expecting 25-30 people for her toddler’s 1st birthday, he almost fell over backwards. I guess, he still hasn’t gotten used to the fact that this is what Germans do – we gather; for all possible and impossible occasions.
Didn’t we just have a huge-ass-birthday party for my parents’ 60th birthday? Yes. Why would all those people come again three weeks later? To celebrate (and have coffee and cake, obviously). That’s why. I miss it. I miss the attention family and friends pay to each other. I would bend over backwards to make someone else’s birthday extra-special.

Greta’s birthday was as special as can be. I sent her a card (which, I know she probably doesn’t appreciate much – yet!, but she will later!) and had also bought her a picture book in Kölsch (the Colognial dialect). You should know that my sister and I are HUGE Köln-fans. I own an “I love Köln”-bag and for apparent reason Greta owns an “I love Köln – onesie”. Go figure. Now she also owns the book “Kölsch för et Ströppche” (Colognian for the infant). My sister was thrilled! :) 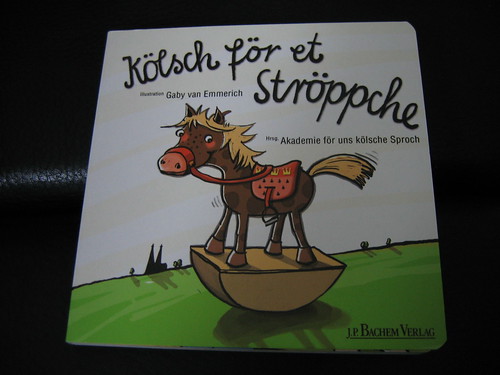 I don’t want to go into the fact that I, of course, missed out on various delicious German pastries and cakes (homemade!), but it reminded me that I definitely have to start baking more again come winter  time.